Decreased returns on lower-risk assets in the developed markets had led to significant flows into and gains in emerging market equity and debt sectors.

There was a focus on Asian emerging market-focused funds, despite a reversal of this trend last year when emerging markets – including the two largest countries as measured by new fund activity, Indonesia and Malaysia – experienced a flat year. 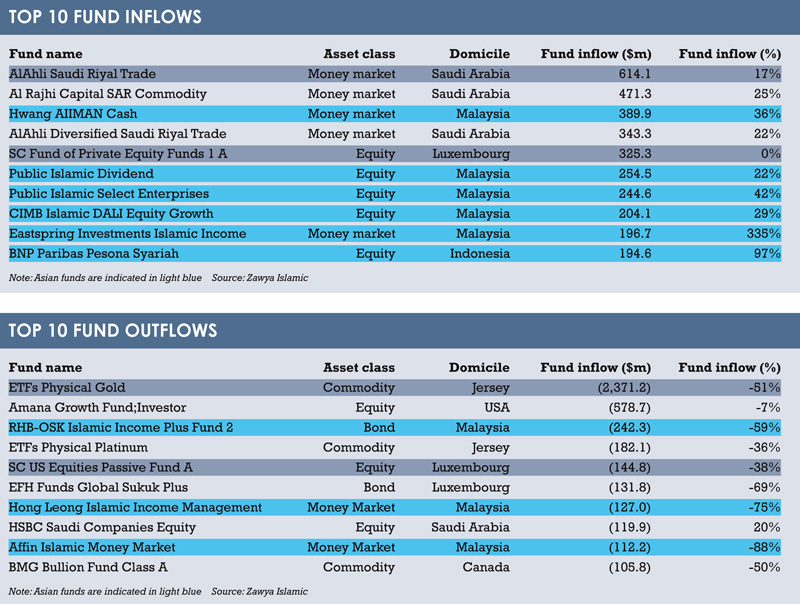 The geographical focus of most of the new funds was within the Southeast Asian region, mainly Indonesia and Malaysia.

The universe of new Asian Islamic funds is dominated by domestically focused funds – which are those domiciled in the countries in which their geographical focus lies and aimed at domestic investors.

The few alternatives domiciled in Luxembourg are focused more broadly on the developing Asian economies, rather than on a single country.

The new equity funds are likely to be focused on investors attracted to strong growth prospects and high recent equity market performance.

Whereas the growth in sukuk funds could be driven more by the continued gap between Islamic fixed income product supply and demand.

Globally, this gap grew further throughout last year and is expected to peak at $230 billion this year, before declining to $187 billion by 2018, according to a Thomson Reuters Zawya sukuk perceptions and forecast study conducted this year.

The new fund growth was driven in large part by new equity and sukuk funds, however, the largest fund inflows were concentrated primarily in equity funds and Asian funds feature prominently on the worldwide top ten list of fund inflows.

Despite the growth in Asian sukuk funds throughout last year, the largest Asian fund outflow was from a sukuk fund, followed by two money market funds, which each lost more than half the funds’ assets under management.

This is a reflection of the early stage at which the Islamic fund management is at today: no fixed income funds made the list of the largest funds, not even those in Malaysia, which has the most developed sukuk market.

The changes seen last year reflect continued development in the Asian Islamic fund sector as new multi-asset funds are joining the picture and more sukuk funds are entering to capture investor demand for sharia-compliant fixed income, which are likely to continue into the future as the sukuk markets develop in Malaysia, within Asia and
also globally.