FRONTIER FUNDS: Searching for gold on the frontier 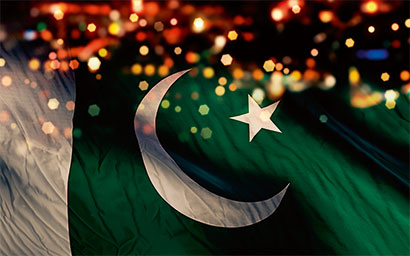 After months of poor performance, managers of frontier market funds are looking to countries such as Pakistan to deliver returns to investors. Tanzeel Akhtar reports.

Frontier markets faced a challenging year in 2015, with most indices posting negative returns. The MSCI Frontier Markets index, one of the most widely followed, fell more than 14%.

However, managers of frontier market funds are not losing hope. According to Hedi Ben Mlouka, who runs the Duet EM Frontier Fund with Matthew Vogel, markets such as Vietnam and Pakistan offer good investment opportunities.

Indeed, Ben Mlouka believes 2016 will be a “surprisingly good year” for frontier markets, based on “a combination of structural reforms, increased liquidity, infrastructure development and trade partnerships”.

So, what are the key stocks and sectors for fund managers to target?

NEW CORRIDORS
“Pakistan remains of one of our favoured investment destinations as the implementation of the China-Pak Economic Corridor infrastructure and energy projects have the potential to drastically improve the economic landscape of the country,” says Ben Mlouka. “Add to that the consumer demand theme of a rising middle class and there lie a number of opportunities to be explored in the infrastructure, consumer and healthcare space.”

Further benefits will flow from fiscal and energy sector reforms under an International Monetary Fund programme, he adds.

“Pakistan’s credit ratings have been upgraded by Moody’s and S&P,” says Ben Mlouka. “A $46 billion Chinese-backed infrastructure investment programme has been announced and there is the potential return to MSCI Emerging Market status.”

“We are excited because it gives a lot of opportunities to companies in Pakistan from the banking sector.

“The banking sector is going to be behind financing infrastructure over time.”

HUGE FRANCHISE
One stock Levy is targeting is Pakistan’s Hum Network, a television broadcaster not represented in the MSCI benchmark.

“Most importantly, Hum Network makes money from advertising,” he says. “We expect advertising to grow 15%-20% in the next three to five years. The metric ad spend for Pakistan is 0.25% of GDP. In a market like India, it’s 0.36%, and in a market like China, it is 1%. Pakistan has a long way to go.”

Levy says Hum Network has an international strategy. With a huge Pakistani diaspora, the company is selling its content to international paid television channels. Levy adds it is a “quality franchise with cheap valuation”.

More than half of the index, around 53%, is weighted towards financials. In terms of country weighting, around 20% is towards Kuwait, 13.8% towards Argentina, 12.5% towards Nigeria, 8.6% towards Pakistan, 7% towards Morocco and 37% to the remaining countries.

Many investment professionals feel certain countries have too large a weight. Some say the problem is with the index.

“We try to provide our investors with a portfolio which is not led by the benchmark,” says Levy. “We think the benchmark is not necessarily a good representation of the opportunities available for a frontier market investor. As such, half the assets in our frontier market fund are invested in companies that are actually off-benchmark.”

TROUBLES
It is not an easy task to package, market and launch frontier market investment products. Many funds have a short track record and there are have been recent closures. For example, the Investec Emerging Frontier Markets Equity fund, managed by Kemal Ahmed and Roelof Horne, was launched in 2011 and closed in 2015.

Taking into account the volatility and risks involved in frontier markets, one of the challenges is due diligence. Levy says due diligence is difficult because of the lack of data and relatively poor accounting standards.

“The ability to do checks is limited. We have a large due diligence team with members in Asia. One of the great things about investing in frontier markets is that these are inefficient markets. Sell-side coverage of stocks in these markets is very limited and there are mispriced assets. If you have investment professionals looking at these markets, then they are in a strong position to pick the right stocks.”

“Frontier markets are risky,” she wrote in a recent report. “Investors face a myriad of issues, which include political instability, social unrest, corruption, disease, terrorism, underdeveloped financial systems and capital markets, and a fickle regulatory environment.”