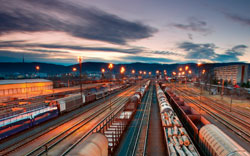 Developing as rapidly as the city itself, Shanghaiâs âthrough trainâ to Hong Kong is set to sprout branches in Shenzhen and a parallel Bond Connect programme. George Mitton reports from China.

A freight ship passes through the gap between two towers on the shoreline at Pudong. As the sun sets a peach orange, the lights of the business district blink on – giant Chinese characters the colour of good luck, advertising the billions managed in these offices.

Anyone who has visited Shanghai can testify to the scale of the city’s economic boom. The financial industry has expanded along with the city, long ago outgrowing the colonial era buildings of the Bund district to sprout new headquarters in skyscrapers that flash dazzling advertising at night.

However, the stocks in Chinese mainland companies that are traded in Shanghai have long been out of foreigners’ reach. Wary of surrendering national assets to foreign control – an understandable concern in post-colonial Shanghai – the Chinese authorities have proceeded cautiously, first with the qualified foreign institutional investor (QFII) scheme and later with its offshore renminbi variant, RQFII.

But these schemes with their quotas and limits may soon be overtaken by the long-awaited Shanghai-Hong Kong Stock Connect scheme, launched on November 17. Stock Connect – or the ‘through train’, as it is known – gives Hong Kong investors direct access to the Shanghai exchange and vice versa.

ACCESS ROUTES
Of the several access routes into the Chinese mainland capital markets, Stock Connect may have the most potential. As our sister publication Funds Europe reported in its China Report at the end of last year, index compiler MSCI believes Stock Connect is the most promising channel yet. If all goes well with the scheme, it could facilitate the level of openness and transparency the index provider needs to add China A-shares to its emerging market index.

“Connect is probably the most promising channel today,” said Chin Ping Chia, head of MSCI index research in Asia, in the report. “It’s more market-driven and there is no distribution issue. The hurdle in front of Connect is smaller.”

The scheme is so visible, it seems to have spawned a variety of extensions and copycats. Chinese premier Li Keqiang recently confirmed in a report delivered to parliament that the scheme would be extended to include the Shenzhen Stock Exchange, a result that excites many international fund managers because the Shenzhen bourse includes a number of listings from the ‘new economy’ of China – internet firms, pharmaceuticals and renewable energy companies, for instance.

Additionally, Song Liping, general manager of the Shenzhen Stock Exchange, has said the scheme will include not just the main listings on the exchange but the small and medium companies on the SME board and the roughly 380, largely high-tech firms on the ChiNext board, further increasing the opportunity set for investors based in Hong Kong.

In early March, Xiao Gang, chairman of the China Securities Regulatory Commission (CSRC) elaborated on the plans by saying he expected the Shenzhen-Hong Kong Stock Connect to go live this year. The CSRC and Hong Kong’s Securities & Futures Commission (SFC) would release details of the scheme in the first half of this year, he predicted.

Then there are plans to extend the scheme to other asset classes besides equities. Huang Hongyuan, president of the Shanghai Stock Exchange, has said the scheme could be extended to exchange-traded funds (ETFs) or bonds. China Government Securities Depository Trust and Clearing has expressed interest in a so-called Bond Connect scheme and several institutions are now studying how best to include fixed income instruments in the cross-border link.

Meanwhile, Chan Sheung Chi, president of Hong Kong’s Chinese Gold & Silver Exchange Society, recently said he hopes to create a link with the Shanghai Gold Exchange, the world’s biggest physical gold exchange, to allow Hong Kong investors to buy gold in mainland China. The launch could be as early as June, he said.

The ‘Connect’ bug seems to be catching. Michael Lin, president of the Taiwan Stock Exchange, has said he hopes to launch links with both the Singapore and Tokyo stock exchanges starting in July of this year. Lin was quoted as saying the Shanghai-Hong Kong Stock Connect was “a huge success” that had prompted other Asian exchanges to think seriously about linkages.

In addition, Stock Connect has been broadly welcomed by asset managers and by the custodian banks that are facilitating investments in the new scheme, some of whom are quizzed in our custody panel (see pages 42-47).

“We recognise it as the important development it is,” says Standard Chartered’s managing director, Margaret Harwood-Jones. “It has created the world’s second-largest equity market with capitalisation of $6.7 trillion. That is a marketplace too big to ignore.”

LOW VOLUMES
Is Stock Connect as much of a success as these people say it is? Those who have criticised the scheme have focused on its trading volumes, which have generally been far below quota limits. This indicates a lack of demand, they say. Indeed, Chia of MSCI noted in his interview with Funds Europe that the low volumes reflected “hesitation in the markets”.

However, some fund managers say the slow take-up of the scheme may be a good thing. 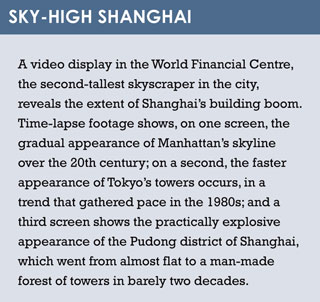 “The trading volume has been far below the daily quota,” says Jian Shi Cortesi, manager of the JB China Evolution Fund at Swiss & Global Asset Management, who blames this on regulatory delays and a strong focus from mainland investors on domestic A-shares. “However, we see this as an ideal outcome.”

According to Cortesi, the low volumes phenomenon means the market impact has been and will be gradual, and will not create short-term volatility and market dislocation. In addition, it gives international investors more time to adjust their investment strategy and obtain regulatory approval to trade A-shares, she says.

Cortesi is encouraged by the running of the Stock Connect scheme, which, she says, “has operated smoothly from day one without glitches”. She has put her confidence into practice, too. The JB China Evolution Fund has a 15% exposure to Chinese A-shares through participation notes using the Stock Connect programme.

REGULATIONS
There is evidence that the aforementioned regulatory delays are starting to be unblocked. Stéphane Karolczuk, head of the Hong Kong office of Luxembourg law firm Arendt & Medernach, explains that, contrary to some beliefs in the market, European regulators such as the Commission de Surveillance du Secteur Financier (CSSF) of Luxembourg and the Central Bank of Ireland were never innately opposed to Stock Connect, they were simply obliged to go through a review process in which they asked a series of questions about it (see legal column, page 38).

These questions included asking which entities in China would hold shares bought through the scheme, about the right of recourse in case of defaults, and whether a delivery-versus-payment mechanism could be put in place. Although the workings of the scheme remain somewhat unorthodox, Karolczuk says the key questions have now been answered, allowing regulators to begin approving Ucits funds to use the scheme.

One firm to receive approval from the CSSF was Investec Asset Management, which says it got the go-ahead in December. It adds that all funds in its Luxembourg-domiciled Ucits Global Strategy Fund range can now invest in China A-shares using Stock Connect. The move is important, says Greg Kuhnert, manager of the Investec Asian Equity Strategy, because “the A-share market represents the other 50% of the China pie previously closed to foreign investors”.

Another asset manager to win approval from the CSSF was East Capital, headquartered in Stockholm, which says its East Capital (Lux) China Fund may now invest as much as 100% of its portfolio in A-shares through the Stock Connect programme. The firm says it is the first to announce that one of its Luxembourg-domiciled Ucits has been approved to invest all its assets in A-shares. Another product, the East Capital (Lux) Emerging Asia Fund, is now allowed to invest up to 30% of its portfolio in A-share through the scheme, says the firm.

If more Ucits funds follow suit and gain approval to use the Stock Connect scheme, it seems inevitable that trading volumes will rise, perhaps helping to answer those critics who claim the scheme has not been a success. There certainly seem to be fewer obstacles to them doing so. In recent months, a number of custodians in Asia have unveiled compatible systems for servicing clients who use the scheme. In December, BNP Paribas Securities Services said it had created a “broker-custodian solution” that would allow Luxembourg-domiciled Ucits funds to buy China A-shares under the programme. More recently, Citi has said it can also support both alternative investment funds and Ucits funds as they trade A-shares with Stock Connect.

INDEX CHANGES
All these developments may encourage MSCI to include China A-shares in its emerging market index, a much-anticipated event that would most likely boost trading in Chinese equities and almost certainly increase volumes on Stock Connect. MSCI says it will release the result of its latest review in June. Based on the firm’s experience with other upgrades in the past, the index-maker would probably give a year after the announcement before implementing an upgrade, meaning the earliest Chinese A-shares could enter the MSCI Emerging Markets index would be mid-2016. The change is not imminent, but as with everything else concerning the Shanghai-Hong Kong Stock Connect, there is a powerful trend emerging.