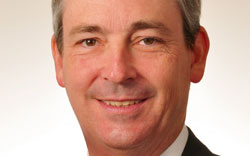 Blair Pickerellâs fluency in Chinese enabled him to spot a loophole in Taiwanese law that gave birth to the countryâs offshore funds industry. George Mitton met him in Hong Kong.

It is hard to think of a better example of why students should study languages. In the mid-1980s, Blair Pickerell was working in the Taiwan office of Hong Kong investment bank Jardine Fleming when he learned that the Taiwanese central bank was likely to lift foreign exchange controls in the near future.

Pickerell, who had studied Mandarin Chinese as part of his schooling in the US and had honed his language skills living off and on in Asia since 1980, examined the country’s legislation in detail. He was excited by what he found: there were no existing laws regulating the sale of offshore investment products, which meant that when the foreign exchange controls came off, there would be nothing to prevent companies promoting offshore funds into Taiwan.

One institution potentially stood in the way: Taiwan’s Securities and Exchange Commission (SEC). However, it turned out the central bank had kept quiet its plans to relax foreign exchange controls and, as a result, the SEC had not prepared any regulations related to promoting offshore funds. It seemed a loophole was about to open that would allow Pickerell’s team to distribute foreign funds in Taiwan for the first time.

The Taiwan office of Jardine Fleming went into a furious and secret operation. They hired new staff, expanded the office and commissioned an agency to produce an ad promoting the firm’s Hong Kong-domiciled funds. They judged, correctly, that the central bank was likely to announce the rule change after its monthly board meeting, so they flew in Alan Smith, Jardine Fleming’s chief executive, from Hong Kong so he could talk to reporters as soon as the announcement was made. When that happened, the firm had brochures ready, in Chinese, for five funds that Taiwanese investors could buy for the first time.

The response from Taiwanese investors was overwhelming. Pickerell says the firm took 900 calls in the first week.

“Even the SEC tried to call us to see what the reaction to the ad was, but couldn’t get through till Wednesday,” says Pickerell. “Their natural tendency was to outlaw the offshore funds, but it would look ridiculous because we were so busy taking orders. There was so much demand, they couldn’t get the genie back in the bottle.”

The story explains why Taiwan is one of the few markets in Asia to accept Ucits funds. Taiwan now has a domestic fund industry too, and today both Ucits and domestic funds are distributed there, but, unusually, it was the offshore industry that came first, and all because a quick-thinking local fund firm took advantage of a loophole. Thanks to this and other exploits, Pickerell acquired the nickname ‘the godfather of funds’ from the Asian media.

FRAGMENTED
The experience of Taiwan, however, has proved to be more the exception than the rule. Besides Taiwan, only three Asian markets accept Ucits funds – Singapore. Hong Kong and Korea. The rest of Asia remains stubbornly domestic-focused. Indeed, in recent years, Taiwan itself seems to have taken steps to protect its domestic asset management industry at the expense of offshore funds, applying heavier taxes to offshore products.

The fragmentation of the Asian markets is something Pickerell has grappled with in positions in a number of asset managers based in Hong Kong, where he has lived and worked since 1990 for companies including JF Funds, HSBC Asset Management and Morgan Stanley Asset Management. He joined his current company, Japan-based Nikko Asset Management, in 2010, as chairman of the Hong Kong-based section of the business.

Over the years, he has developed the view that the only way to operate in a fragmented Asian continent is to be, in a sense, a fragmented business. He argues that the separate offices of an Asian business should be treated as separate units so that the local head of business has the freedom to adapt to the local industry. This is important because not only are there different regulatory regimes to manage in Asia, there are different cultures, different ways of working, different back office systems, technology providers and so on.

These disparate offices should learn from one another, of course. He recalls a case when working for HSBC Asset Management when the local team carried out a successful fund launch using text message marketing to promote an India-focused fund in India. The process was so successful, the HSBC China team chose to emulate it – but, he says, this scheme developed from a system of decentralised working, and was not imposed from the top down.

TIME LAG
Pickerell joined his current employer, Nikko AM, in the hope that it could become the first truly pan-Asian asset manager. An organisation based in Asia and concentrating on Asia would, he felt, have advantages over an international firm, with its headquarters in the US, for instance.

In recent years, Nikko Asset Management has expanded to be something more than a purely Asian player, however.

Last year, the firm hired six investment staff from Scottish Widows Investment Partnership and opened an office in Edinburgh in the UK. The firm also has operations in the US and in Australia and New Zealand.

The company has had three chief executives in the time Pickerell has been at the firm. The current chief executive and president, Takumi Shibata, took over from Charles Beazley at the start of 2014. Beazley himself took on the role in 2012, when Tim McCarthy left after eight years at the helm.

Yet even as Nikko AM seeks a global reach, Pickerell remains focused on Asia. Though he says he speaks Chinese less often in cosmopolitan Hong Kong than he did in Taiwan, he is still completely fluent.

About six years ago, he passed a Chinese government exam in Chinese securities law for the fund management industry – only the second westerner to do so. It is no wonder he has kept up the language skills – they have served him so well in the past.