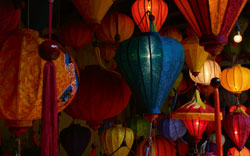 If someone mentions streets that are paved with gold, the mind doesn’t immediately leap to the war-ravaged towns of Iraq, nor to a Bangladeshi street corner reverberating with the latest echo of lasting political unrest. Nor, we suspect, to the streets of Pakistan, Bhutan, Cambodia, Laos, Mongolia, Myanmar, Nepal or Papua New Guinea. But these countries, which together make up the frontier markets of Asia, have become a choice destination in the past few years among asset managers looking for untapped investment opportunities. Which leaves the question: is this pioneering foresight or rash foolhardiness?

The frontier has always balanced risk with reward. Think of the American West, which operated on the same logic: the less explored the area, the greater its potential for future spoils, even if you did have to suffer a rough road along the way. By the same token, frontier markets may be risky in terms of political and economic instability, but while emerging markets are expected to grow 3% a year faster than developed markets, the frontier is predicted to grow a further 3% faster than those emerging markets. And that’s what draws people in.

“The frontier is very interesting,” says Brian Coulton, global emerging markets strategist at Legal & General Investment Management. “These markets represent the ‘new’ emerging markets, the ones that will offer returns that are hard to come by in emerging markets that have become mainstream, having themselves moved up the spectrum of income per capita and creditworthiness.”

NOT CROWDED
Converts to Asia’s frontier markets will add that this growth is supported by compelling long-term factors such as rising young populations and low levels of indebtedness. There are other pluses: Asian frontier stock markets are relatively illiquid, which may not typically be a good thing, but it means they’re not affected by big inflows and outflows from instruments such as exchange-traded funds (ETFs).

“I wouldn’t say it’s a matter of whether the frontier markets are as good as they seem,” says Stephen Friel of Asia Frontier Capital. “It’s that they’re not as bad as people think. They’re not the most efficient markets, and you’re not going to go in and trade for three months and get out again. But they’re not crowded: less than 2% of daily trading in Bangladesh is done by foreigners.”

With overseas players having far less of a role than local retail investors, frontier markets aren’t so vulnerable to turbulence elsewhere in the world. Think back to last year, when US Federal Reserve chair Ben Bernanke threatened to taper quantitative easing: emerging markets such as China and India, which had benefited from the stimulus, were hit badly; meanwhile in Bangladesh, Pakistan and Vietnam, the frontier market wagon train kept rolling.

The numbers certainly seem to back up the optimism. Since March 2012, the MSCI Frontier Index has risen 40%. In the same period, the MSCI World Index has returned only 6% and the MSCI Emerging Markets Index has lost more than 7%.

But what of the Asian frontier specifically? In 2014, while the MSCI Frontier Market Index was up 7%, the Asian Frontier Index rose nearly 17%.

LONG HAUL
Sceptics have pointed to the pricing of assets and suggested that valuations are overblown. Are equities sensibly priced? “‘It depends what you mean by sensibly priced,” says Friel. “There’s value in a lot of places, in others not. You’d have to pay a multiple of 35-40 times earnings for a consumer company in India, but in frontier markets it’s 15-20 times. That may have gone up by 10 or so, but around the corner in the emerging market neighbour, it’ll be double that. Bangladesh is where India was 20 years ago, Vietnam is where China was. If you’re prepared to wait, you can make good money. Look around and you can find the right thing: Pakistan is relatively cheap. In Vietnam the small-mid caps are quite cheap, the large caps less so. Bangladesh is relatively cheap compared to India. There’s a good dividend yield too. In Vietnam, which makes up 21% of our Asian frontier portfolio, it’s 6% versus the index’s 3.5%.”

And yet the frontier still may not represent a truly enticing investment option. Asian frontier markets contribute around 18% to the global frontier index, and even though flows to frontier markets have doubled over the past three years, frontier markets still only make up 0.4% of global equities, while emerging markets constitute around 10%. Given that the total value of the frontier index is only $100 billion, that means Asian markets are worth a relatively meagre $18 billion. Friel makes the point that, at $1,000, Bangladesh’s GDP per capita compares with the average coffee budget of many individuals in the west. If you’re going in at all, then it’s absolutely about the long haul.

Indeed, there’s a reason not everyone is gung-ho about heading there to join the gold rush. Governance standards in frontier markets are often poor. At the same time, there are the practical issues of actually executing an investment. You need to understand the history and economic, political, and investment landscapes; to nurture the right contacts; and to get the right kind of access on the ground. And if anything goes wrong, you have the local legal system to deal with. Vietnam provides a good example of the potential risk inherent in frontiers: while it drives Asia Frontier Capital’s Asian frontier fund strategy, as the subject of a dedicated fund of its own and the largest component of the Asia Frontier Fund, the Vietnamese banking sector has been struggling, and in a communist country you can’t expect things to move at the pace you may be used to elsewhere.

CONSTRAINTS
There’s anther problem common to all frontier markets – there isn’t actually much activity there yet. “The lack of liquidity and depth of trading in these bonds is a constraint,” says Coulton, of Legal & General. “Exposures for larger asset managers like ourselves is limited by this. But the development of emerging market frontier indices should see this improve over time.”

That being the case, Asian frontier stocks work best as a diversified strategy. Not all Asian frontier markets are the same, after all. The likes of Vietnam, Sri Lanka and Bangladesh are low-cost producers of manufactured goods, with young and growing populations. While labour costs in China are 10% lower than in the US, Bangladesh’s labour costs are 10% lower than China’s. The likes of Bangladesh will benefit from lower import prices coming from lower oil prices, especially as consumer spending power is going in the opposite direction.

Then there are those frontier markets driven by their natural resources. While the fall in oil prices is universally positive for all other Asian frontier markets, for Kazakhstan it’s a different story. The key is that these markets aren’t all suffering the same issues at the same time.

“The chances of these markets all having a big political event at the same time aren’t high,” says Friel. “The political system in Bangladesh doesn’t impact Mongolia or Papua New Guinea. So a diversification strategy can be highly effective.”