INTERVIEW: For the greater good 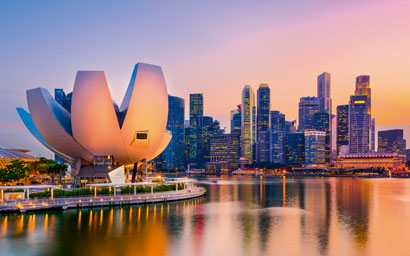 The Singapore Fund Administrators Association seeks to represent the industry to the regulator. George Mitton talks to chairman Martin O'Regan. Set up in 2007 with the aim of tying together Singapore’s nascent fund administration industry, the Singapore Fund Administrators Association found its growing membership numbers halted by the financial crisis.  As business volumes flagged, enthusiasm for the group’s initiatives fell and members diverted money that might have been spent on the group to other, more pressing causes. As Martin O’Regan puts it, “people were too busy with other stuff”. It took a while for sentiment in Singapore’s funds industry to recover, but two years ago, O’Regan felt the time was right to rejuvenate the association. He took over as chairman and began a drive to increase membership and stimulate lobbying work. The results, he says, have been encouraging. In the past, association seminars had attracted as few as eight people. “The last one we did had 92,” he says. Membership has doubled, too. The association now counts 48 organisations as members, including units of State Street, Deutsche Bank and BNY Mellon as well as specialist fund administrators such as Apex Fund Services, Alter Domus and Citco. Consultants such as EY, KPMG and PwC are associate members. “It’s starting to get traction,” says O’Regan. “People are recognising us.” MATERIAL
One of the main purposes of the association is to represent the interests of fund administrators to the local regulator, the Monetary Authority of Singapore. In some cases, this means lobbying to try to influence regulation, at other times the aim is to act as a middleman, seeking clarification from the regulator that can then be shared among the industry at large. Smaller firms particularly benefit from the association’s work. “Obviously the regulator has a direct line with the big shops, but the smaller members may not have access,” he says. Recent efforts to clarify Singapore’s rules centred on new guidelines from the regulator on outsourcing. In cases where fund managers had outsourced certain key functions to a third party, the guidelines put the onus on the fund manager to ensure the service provider complied with all appropriate regulations. However, the regulator added the qualification that implementation of the guidelines should depend on the “materiality” of the outsourcing arrangement. Which of the many tasks that could be outsourced to a fund administrator counted as “material”? After dialogue with the regulator, the association advised its members that know-your-client and anti-money-laundering measures, if outsourced, would count as material, as would any service that could be construed as influencing real-time trade decisions.  Regular fund administration services, such as net-asset-value reporting, for instance, would not be material. “That was a good day’s work when we got clarity on that,” says O’Regan. DOMICILE
The association also has an interest in promoting Singapore as a fund domicile, and O’Regan says he is optimistic that a forthcoming regulatory regime for funds, which will split fund regulation from company law to make it separate for the first time, will lead to more interest from fund managers. “There will always be a need for the Cayman Islands and Luxembourg, but maybe there will be more opportunities to have Singapore-domiciled structures,” he says, adding that Singapore might offer competition to the Cayman Islands when it comes to private equity vehicles. If more funds are domiciled in Singapore, there ought to be more business for locally based fund administrators, which would please the association’s members. An uptick in business volumes would please O’Regan too, who sees his task as one of gathering the industry together to achieve goals that benefit all members. In his words, “We’re doing it for the greater good.” ©2016 funds global asia