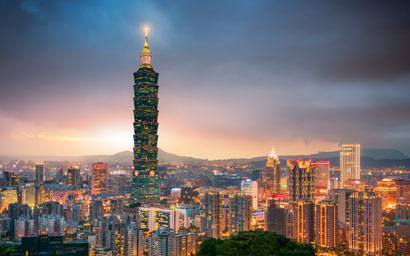 Asiaâs ETF market has grown by leaps and bounds since the 2008 financial crisis, although the forces propelling this growth differ from market to market, says Chi-Hsien Lee of the Taiwan Stock Exchange. Exchange-traded funds (ETFs) are becoming popular in Asia. Of recent interest has been the rise of synthetic products, such as leveraged and inverse ETFs, in certain Asian markets. This comes at the same time as regulators in the US clamp down on such products.  Another trend has been the increasing use of ETFs to link together the diverse markets of Asia, a region that lacks the type of common regulatory framework that, at least until recently, has been taken for granted in Europe and the US. SUPPORTERS
Officials and regulators in Asia have long recognised the advantages of ETFs, particularly their transparency and their status as a listed security, which makes them easier to regulate. They also see ETFs as a relatively cheap and hassle-free way for investors to diversify their holdings and gain exposure to different markets and asset classes.  As a result, regional authorities have taken a key role in expanding the size of the regional ETF market, playing the role of regulator, supporter and even buyer when needed. Progressive liberalisation has been the main factor driving the growth of Taiwan’s ETF market, which was worth more than $8.4 billion as of July 2016. The Financial Supervisory Commission, Taiwan’s market regulator, removed restrictions on ETFs tracking futures markets, while also relaxing regulations governing the creation of leveraged and inverse funds. ETFs now account for around 10% of trading on the Taiwan stock exchange compared with less than 2% in 2014. Policymakers have played a more direct role in other Asian markets. Direct buying under the Bank of Japan’s monetary easing programme has supported the growth of Tokyo’s ETF market, the region’s biggest and most established. Assets under management in Japan’s ETF market have grown from around $28 billion in 2008 to $144 billion as of the end of June 2016, according to data provider ETFGI.  In some cases, authorities have even acted as market markers for certain types of ETFs, mostly for public policy reasons. The Bank of Japan announced that it would favour ETFs that track companies making positive investments in physical and human capital as part of the government’s Abenomics strategy. PROBLEMS
As mentioned, a driving force behind regional ETF volumes has been the growing popularity of leveraged and inverse ETFs, particularly in Japan, Korea and Taiwan, as local investors look to take advantage of market volatility. Hong Kong and Singapore also recently approved rules that will allow these products for the first time, although products linked to the China stock market currently remain off-limits.  The rapid growth of this segment of ETFs has not been without problems. In 2015, Japan’s Nomura Asset Management was forced to suspend subscription orders for its Next Funds Nikkei 225 Leveraged Index ETF after fund inflows became so large they began moving the market.  However, Asia still lags well behind the roughly $30 billion currently invested in leveraged ETFs in the US, where products tend to be more complex and suitable for experienced and professional investors. The US regulator, the Securities and Exchange Commission, is moving to limit the use of derivatives within ETFs out of concern for the vulnerability of retail investors and following a number of successful class lawsuits bought against the selling practices of ETF issuers. Authorities across Asia are likely keeping a close eye on these developments in the hope of avoiding the same mistakes when developing their own ETF markets. FRAGMENTATION
Another trend that is mostly unique to the Asian context is how ETFs are being used to link capital markets together. Unlike the United States and Europe, Asia’s capital markets are highly fragmented. Brokers that want to trade shares in a company listed in another market often need to enlist a local broker to help them or invest in building a local presence. It can be an expensive and inefficient process.  There have been a number of regional initiatives aimed at overcoming these problems by bringing Asia’s capital markets closer together, such as the Shanghai-Hong Kong Stock Connect. But these formal links are only possible after years of negotiation and testing and are slow to roll out. National interest laws and policies also make it difficult for stock exchanges to acquire or merge with their counterparts, as they have in America and Europe. Instead, ETFs are proving to be a quicker way to bring Asia’s markets together and meet the needs of investors. Markets such as Taiwan have led the way. Taiwan recently worked with stock exchanges in Japan to introduce ETFs that track the benchmark TOPIX and Nikkei indices on the Taiwan stock markets, while also bringing futures contracts on the main Taiwan index to the Osaka Exchange. Direct co-operation between exchanges is important, as most regional bourses own their benchmark indexes. In a short time, local investors can familiarise themselves with new markets and new investment strategies, laying a foundation for more formal market links in the future. PROSPECTS
The Asian ETF market will continue to grow, with many types of ETFs still yet to reach their potential. Some of these are just now coming to the fore, particularly smart beta ETFs, which have the potential to outperform ETFs tracking traditional indices.   Both global and local fund providers are eager to expand the smart beta ETF market segment in the region, likely making it the next focus in Asia. Chi-Hsien Lee is the president of the Taiwan Stock Exchange ©2016 funds global asia