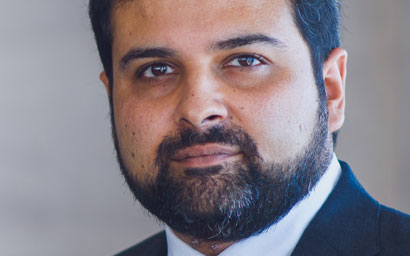 Abhay Sharma is a partner at law firm Shardul Amarchand Mangaldas & Co in Mumbai. He co-wrote this column with Oscar Dâsa, principal associate. The last decade has witnessed a slew of measures from the Indian government to prevent erosion of India’s tax base. India is not alone when it comes to such efforts. A G20-backed project to tackle base erosion and profit shifting is an indicator of the growing global resolve to tackle this issue. While some of the steps undertaken by India in this regard have received their fair share of criticism, it would be unfair to label all such measures as “tax terrorism”. The much-maligned move to amend the law to impose a retrospective obligation to withhold tax on Vodafone over its purchase of Hutchison Essar is well known. This attempt to tax income earned as a result of an indirect transfer of Indian assets was arguably symbolic of a tax policy shift in India, wherein the focus was to enhance the country’s tax base. It marked a departure from an era in which tax structuring was tolerated if it attracted investment into India.  The introduction of the General Anti Avoidance Rules (GAAR), which comes into force from April 1, 2017, is another step in this direction. Under the GAAR provisions, an arrangement whose main purpose is to obtain a tax benefit can be treated as an “impermissible avoidance arrangement”. The GAAR provisions empower the tax authorities to look into the actual substance of the transaction. It is noteworthy that under the GAAR provisions, the tax authorities enjoy wide powers, including denial of tax treaty benefits.  India has also renegotiated various bilateral tax treaties that it has entered into, particularly those treaties which allowed for an exemption from Indian capital gains tax. It recently inked a protocol amending the India-Mauritius tax treaty, thereby effectively ending the exemption from capital gains tax in India hitherto enjoyed by Mauritian tax residents when selling shares in Indian companies. This move signalled the end of the capital gains tax exemption under the India-Singapore tax treaty, since the exemption was contingent on the continuation of the exemption under the India-Mauritius treaty. The tax treaty between India and Cyprus has also been renegotiated in the past few weeks. Media reports suggest the Indian government is in the process of renegotiating tax treaties with the Netherlands and Singapore too.  The residency criterion for foreign companies has also undergone a change. This was done to bring foreign companies that are effectively controlled from India under the purview of Indian taxation. Going forward, a foreign company whose place of effective management is in India would be considered a tax resident of India. Once a foreign company is treated as a tax resident of India, its global income would be subject to Indian taxes.  While the jury is still out as to the efficacy, fairness and timing of some of the measures undertaken by the Indian government, there can be little doubt as to the intent. The era of free lunches is coming to an end. Our conclusion is this: while many taxpayers and investors would accept a higher tax bill, what they cannot abide is a lack of clarity in the law or an unjust application of the laws. In an effort to garner additional revenues, the Indian government would do well to keep in mind these basic aspects, which are the cornerstone of any equitable tax regime. ©2016 funds global asia