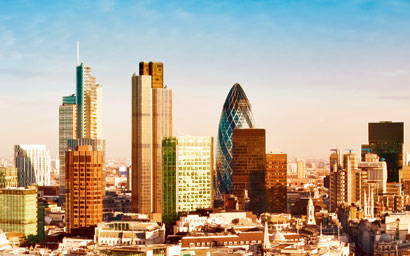 It is the fear of being left out of the single market that is the biggest threat to financial services, including UK-based asset managers. If the UK is no longer able to passport its services across Europe, it could cause problems for the UK economy, which is the world’s fifth-largest mainly due its financial services. HSBC has confirmed that it is not going to move its headquarters from London, so, according to Philippe Bodereau, global head of financial research at Pimco, the impact on international investment banks just concerns operational disruptions with limited macroeconomic significance. As for asset managers, a chief executive of one of the UK’s largest houses recently said that following a Brexit, they would just work from the firm’s Luxembourg office, changing it to the firm’s HQ. But Jarmoszko does not think that fund centres such as Paris and Luxembourg will appreciate such ‘brass-plate’ operations. In his words, they would take a “dim view of one guy turning on the lights in Luxembourg and claiming it to be their headquarters”. “People are worried about EU dissolving,” says Paamco’s Ince. “That’s when you see real stress in the system, then you see volatility levels spike up.” The market does not want a repeat of the 2011 debt crisis when it entered into a full risk-off mode, although for some, this type of market provides opportunities. Jarmoszko says he’s trying to highlight to his clients those stocks with big price falls that are unwarranted. “It’s the time you can buy some quality companies, even exposed to the UK, which are available at the same price or multiple as 2011,” he says. Others are less sure that the sell-off is over and are therefore more hesitant. Ince thinks it’s too early for buying as markets usually take time to digest and discount what this type of event means. “There’s too much uncertainty as to how the political landscape is going to evolve,” he says. GLOBAL IMPLICATIONS
Some take the view that the Brexit issue, while certainly more important than last year’s drama with Greece, pales in comparison to other macroeconomic events. In the US, not only has the Federal Reserve backtracked on its normalisation policy of raising interest rates, but in November the presidential election will take place, causing market ructions whoever ends up in the White House. Markets tend to favour an economically conservative Republican, and there’s usually a brief market rally after such a candidate wins. But with Donald Trump running for office, these rules will probably not follow, given the ‘unique’ style of his campaign. At the same time, there are those who think it unwise to play down the importance of Brexit. Dean Tenerelli, European equity portfolio manager at T Rowe Price, says: “There will be a protracted period of uncertainty, not only in UK and European financial markets, but also globally. Markets do not like uncertainty.” Others maintain that the economic shock of Brexit will be limited to the UK and reject the idea it could start a global recession. Paul Jackson, head of multi-asset at Source, says: “If you think about it in pure hard numbers, the UK is less that 4% of global GDP.” He adds that the UK’s loss is another nation’s gain – for instance, if a car manufacturer decides not to build a plant in the UK, it will likely choose an EU member state and thereby reduce the risk of a global recession. While it is perhaps a tad unfair to describe Brexit as a sideshow until the real business of global economics starts again – China’s susceptibility to a ‘hard landing’, for instance – this vote was very much a UK issue. The UK exports more than 40% of its goods to the EU, while Germany exports about 6% of its goods to the UK, so the idea that any raising of tariffs would lead to a stalemate seems a bit fanciful. As for how UK equity funds are going to handle the market going forward, it is perhaps telling that Franklin Templeton reduced the annual management charge on three of its top UK equity funds late last month from 75 basis points to 45 basis points. The firm made no mention of Brexit and, looking at the top FTSE 100 holdings contained in its Rising Dividend Fund, there’s no reason to think the fund itself is suffering. Post-Brexit, it could be that UK equity funds do not have any pulling power for international investors. US investors have been underweight the asset class for some time and unless you’re currency hedged, any gains will be eaten away by forex rates. The UK has decided to go it alone, against the advice of major powers and organisations such as the OECD. But with a rallying FTSE 100, bolstered by cheap exports in other sectors, as one commentator has it, “Maybe we can come out of this without too many scars.” ©2016 funds global asia