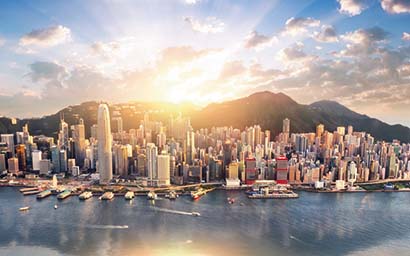 The FundForum Asia conference in Hong Kong once more brought together professionals from across the industry. George Mitton reports. The rise of China, the opening of new distribution markets such as Thailand, and the promise and threat posed by digital platforms – these and other subjects were discussed at FundForum Asia in September, one of the main funds industry conferences in the region. As usual, the panels and presentations were supplemented by speakers brought in from outside the sector to share their perspectives. John Hulsman, a geopolitical expert and regular guest at the FundForum events, discussed some lively views on international relations in the era of Trump, causing a mixture of amusement and alarm with his provocative comments. Later, Azran Osman-Rani, a serial entrepreneur and the former chief executive of the airline AirAsia X, spoke about his experiences setting up an online streaming service, iflix, which is especially suited to emerging markets because it is designed to be used on mobile phones and is free to users (mobile providers pay iflix for its services because it encourages their users to consume more data). A slightly surprising addition to the event was Ian Rush, the Welsh footballer whose long career at Liverpool Football Club has earned him hero status among the team’s fans. In an informal interview, Rush discussed his time at the club and his hopes for its future. Much of the event was chaired by Malik Sarwar, chief executive of K2 Leaders, a consultancy and leadership training firm. The former global head of wealth sales management at HSBC asked panellists to consider the strength of the industry ten years on from the Lehman Brothers crisis. Had the industry learned any lessons during a period in which the S&P 500 index had soared from 666 in March 2009 to 2,900 now? Naturally, the trade war between the US and China was a subject of acute interest. Many speakers expressed pessimism about the short-term future of Asian equities given the pressures caused by trade tariffs, which are expected to hurt countries that export to the US. Although the long-term future of Asian markets remains bright, said the commentators, there might be volatility as investors adapt to the challenging environment. The outlook was more optimistic when it came to distribution in the region. Regulatory changes have made markets such as Thailand and the Philippines more attractive for international fund houses. There was much discussion of the best strategy for entering these kinds of markets – feeder funds sold by the banks have been a successful tactic in the past. In terms of generating significant scale in the region, the mobile channel seems ideal to reach the large populations of Indonesia or India. There is uncertainty as to whether this model will suit traditional asset managers, however, because the typical investment size from mobile distribution platforms is very small. No doubt similar conversations will take place next year, when FundForum Asia returns to Hong Kong. ©2018 funds global asia