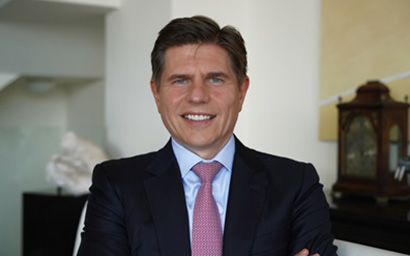 A former JP Morgan executive has been appointed as the full-time chief executive of the Hong Kong Exchanges & Clearing (HKEX). Alejandro Nicolas Aguzin takes over from Calvin Tai who took over as interim chief executive following the departure of long-time chief, Charles Li Xiaojia, in May last year. He has been hired on a three-year contract, effective from May. If his appointment is approved by the market watchdog, the Securities and Futures Commission (SFC), the Argentine native will be the first foreigner to lead the exchange.  The move comes at a critical time for HKEX. It has grown to be one of the largest exchange groups in the world and has been especially active in the initial public offering (IPO) market. It has been the leading IPO market internationally in seven of the last 12 years. The exchange has also become an important gateway to China’s onshore securities market for international investors. Mainland Chinese companies make up more than half (52%) of the 2,545 listed companies, 81% of the market capitalisation and 90% of the trading volume. Aguzin was previously chief executive of JP Morgan’s international private bank and a member of the operating committee of its asset and wealth management business. He joined JP Morgan in 1990 and spent eight years between 2012 and 2020 as chief executive of the bank’s Asia Pacific business. “As a highly respected and experienced executive, [Aguzin’s] broad experience in Greater China, the Americas and globally, makes him extremely well-placed to lead HKEX as we enter a post-Covid world, with the many opportunities and challenges that this will bring,” said Laura M Cha, chairman at HKEX.
HKEX appoints interim head
HKEX adopts Euroclear’s international ETF structure
HKEX to introduce futures contracts on MSCI China A index
© 2021 funds global asia