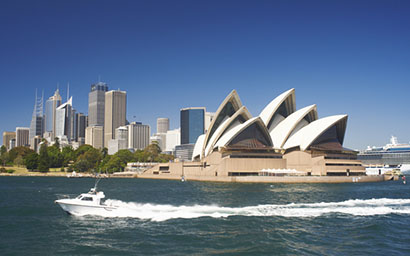 Legislation designed to reduce fees and increase competition among Australia’s superannuation funds has been sharply criticised by some of its biggest fund groups. While the intent of the Your Future Your Super bill has been supported by the industry, two prominent super funds, the Australian Institute of Superannuation Trustees (AIST) and Industry Super Australia (ISA), have called for the bill to be sent to the Senate for further review. “This is an extraordinary overreach of power with no precedent in this country,” said Eva Scheerlinck, chief executive of AIST. “This change removes the certainty needed for long-term investing and risks significant impact on investment outcomes for members.” The legislation was passed by parliament last week and is due to take effect from July 1. The law is designed to cut unnecessary fees from the superannuation fund market and comes on the back of a Royal Commission into the country’s financial services industry to examine the use of inflated fees and excessive charges. Among the measures introduced are an end to administrative fees on unintended multiple accounts and the introduction of “stapling” whereby savings are consolidated in one super account regardless of whether people change jobs. According to government figures, Australian savers currently pay A$30 billion (US$23.7 billion) in superannuation fees and more than three million accounts reside in underperforming funds managing more than A$100 billion in retirement savings. The government estimates that the measures will reduce administrative waste and increase competition, saving workers A$17.9 billion over the next 10 years. “This package builds on the government’s superannuation reforms which include consolidating A$2.9 billion held in unintended multiple accounts on behalf of 1.4 million Australians, capping fees on low balance accounts, banning exit fees and ensuring younger Australians do not pay unnecessary insurance premiums,” treasurer Josh Frydenberg and Jane Hume, minister for superannuation, financial services and the digital economy said in a joint statement.
Breaking down Australia’s superannuation reforms
However, the AIST has called for the move to be delayed until the issue of poorly performing funds can be more closely examined.  “If stapling occurs before underperformance is substantially addressed, members who are currently in underperforming funds will be stapled to those funds,” said Scheerlink. This view was supported by ISA which represents 15 funds. It called for the bill’s benchmark tests to be applied to more funds beyond the superannuation market, including for-profit funds. “Unamended the Your Future, Your Super bill lodged in Parliament today, will allow dud for-profit funds to keep underperforming without consequence and ripping more than A$10 billion in profit without ever having to justify how its inflated fees are in their best financial interest of members,” ISA said in a statement.
80% of Australian superannuation funds prefer outsourcing
Australian pension funds make net zero pledge
Australia’s Future Fund appoints CEO
© 2021 funds global asia