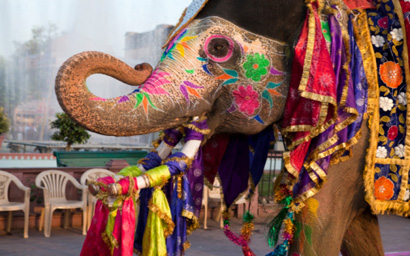 A larger-than-expected cut of half a percentage point in India's key interest rate is hoped to help the economy grow despite a slowdown in other major markets.

The Reserve Bank of India brought down its policy repo rate to 6.75%, surprising many analysts who expected a reduction of 25 basis point at most.

She added that she expected the rupee to remain "rather resilient" and that it could outperform many of its Asian emerging market peers.

"The Reserve Bank of India expects inflation to stay below its target of 6% in 2016 as well as a limited inflationary impact of the bad monsoon due to resolute actions by the government to manage supply," says Joho.

Earlier this year, the Chinese central bank surprised the markets by devaluing the renminbi and moving towards a free-float mechanism for its currency.