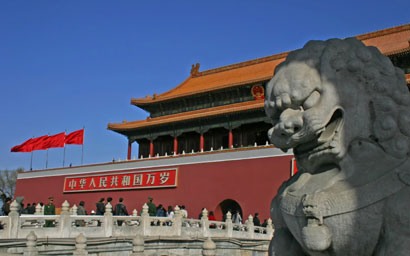 China has created more problems than it solved by intervening to try to limit a fall in the country's stock market, says a prominent financial adviser.

Attention has focused on the state-owned China Securities Finance Commission (CSF), which lends money to brokerages to provide liquidity.

"The CSF could be the beast the Chinese authorities wish they had never created," says Nigel Green, chief executive of deVere Group, a financial adviser.

By lending money to brokerages so they can provide loans to clients to invest in the stock market, the CSF has amplified booms and busts in the market, he claims.

"The CSF is said to have returned as the main conduit for state support of the market in recent days," says Green. "So it is now acting as the medicine to solve the fever it partly created."

Some say the scale of loan-based investment, or margin trading, is manageable, however. Andy Rothman, investment strategist at Matthews Asia, an asset manager, says only investors with at least 500,000 renminbi in their accounts can engage in margin trading.

"While a continuing decline in the market will lead to painful losses for some investors, the total number of retail punters using borrowed money should not be very large," says Rothman.

However, a number of financial analysts have claimed Chinese intervention in the stock market has reduced trust in the Chinese authorities.

"The policy response to the equity boom and subsequent bust has eroded confidence in the authorities' ability to sustain economic and financial stability while weaning the economy off credit-fuelled investment and real estate development," says David Riley, head of credit strategy at asset manager BlueBay. "Even after the extraordinary interventions of the authorities, the equity market remains very fragile with trading in almost half of all stocks suspended."