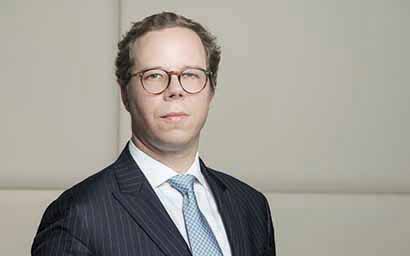 Traditionally, asset managers in the People’s Republic of China have relied on offshore companies in fund centres such as the Cayman Islands or the British Virgin Islands for the structuring of their international investments and PERE funds. These vehicles were considered well known by investors, asset managers and their legal counsels and were relatively easy to establish, as well as tax-exempt. The practice of setting up funds offshore is, however, changing based on factors that include the global tax environment, regulatory restrictions to capital-raising in Europe and the availability of non-regulated fund structures in onshore fund centres such as Luxembourg. The base erosion and profit shifting (Beps) action plan developed by the Organisation for Economic Co-operation and Development (OECD) drastically changed the way international investments can be structured, focusing on coherence, transparency and business substance. Intermediary holding companies, the sole purpose of which would lie in getting access to a double tax treaty, are no longer entitled thereto (treaty abuse) and, if they are tax-exempt, controlled foreign companies rules will in most cases render them tax-transparent. This, as well as an enhanced exchange of information between authorities, enable tax authorities of the investors’ residence state to effectively tax any and all income. In addition, new transfer pricing rules ensure that companies which do not assume sufficient risks, perform sufficient functions and maintain sufficient business substance are no longer considered as the beneficial owner of the income derived from the investments, but as mere nominees or agents that may not claim treaty benefits for themselves. This trend pushes in the direction of establishing the fund onshore and having the holding vehicles (if necessary), general partner, fund administration and whole fund infrastructure in one jurisdiction – that of the fund itself – as opposed to several countries. The second important factor for Asia-based managers is the ability to raise capital from European investors. In this respect, the European rules on alternative investment fund managers have increased the need for onshore investment vehicles and managers, for all market participants willing to offer alternative investment products to professional investors based in Europe. Luxembourg non-regulated vehicles such as the special limited partnership (SLP) or the reserved alternative investment fund (RAIF) are considered as the alternative to offshore structures. The main advantage of the SLP is that it combines legal features largely inspired by Common Law type of partnerships and at the same time is suitable in order to sell in Europe on the basis of national private placement rules, or enjoy the benefit of the AIFMD passport through the appointment of a licensed AIFM. The RAIFcan be structured as an umbrella vehicle and will have to appoint a licensed AIFM. Therefore it will benefit from the AIFMD passport. Asia-based managers are adopting new practices and revising their legal and tax engineering. Consequently, onshore jurisdictions such as Luxembourg emerge as a natural alternative to offshore funds for international PERE investments from Asia, and in particular China, and for the onboarding of European investors. Stephane Karolczuk, partner at Arendt & Medernach, Hong Kong ©2019 funds global asia