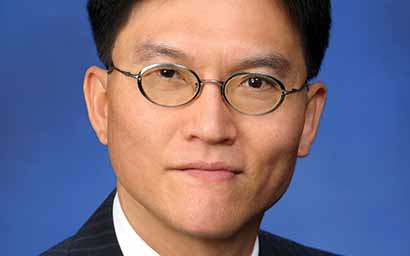 A change in China’s economic management policy has made its policy time lag longer, more uncertain and more unstable than in the old growth model, says Chi Lo, senior economist for Greater China at BNP Paribas Asset Management. In the current new growth model, Beijing is sensitive to the shifting structural and cyclical policy priorities. When its debt-reduction efforts, the primary policy goal since 2017, have yielded initial success, it has recently shifted policy towards growth protection from deleveraging. Expect more visible policy impact from the second quarter of 2019 onwards. There will be more room for Chinese bond yields to fall in the short term, while improving liquidity will eventually boost a sustainable Chinese stock market recovery later. Scepticism about the effectiveness of China’s demand management policy has emerged as the easing efforts since July 2018 have not yielded results so far. China’s policy time lag between implementation and its impact on the economy used to take only three to four months. This was a short lag compared to that in the developed market economies, which typically takes between nine and 18 months. Structural changes
The uncertainty of the policy time lag and its weak impact in this easing cycle is mainly due to a structural change in China’s economic management policy, in my view. The rising Sino-US trade conflict only aggravates the instability of the lag. China’s economic policy has evolved from growth maximisation to a commitment to structural reform policy even at the expense of growth, with systemic risk control as the primary goal. This structural change in the macro policy objective has also become a constraint on Beijing’s policy easing. Wholesale bailout is history, selective easing is the new policy norm. There has also been a structural change in the policy framework, due to financial liberalisation, that has caused uncertainty in the policy time lag. In the old China model, due to its underdeveloped capital market and controlled financial system that is dominated by the banking sector, the roles of expectations, asset market, market interest rates and exchange rate were not as crucial as in the developed markets in affecting the final demand and prices. This also means that the policy impact on aggregate demand was direct with a short policy lag. The old transmission mechanism was further distorted by implicit interest rate controls, though on paper, China had liberalised all interest rates by 2015. The lack of effective market forces in the old monetary transmission mechanism suggested that there was no connection between changes in policy rates and market interest rates. 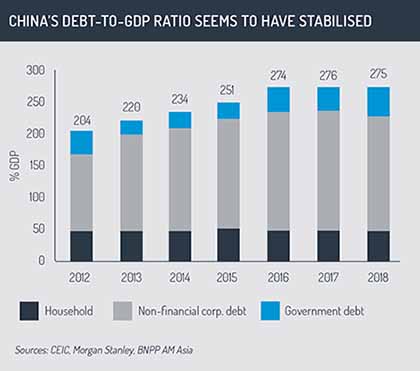 In the developed markets, their monetary policy transmission mechanism involves multiple channels, where the central bank influences market interest rates and expectations through signalling to the market players by changing its official policy rates. The policy signal then filters through the exchange rate, domestic interest rates, money and credit growth and the asset market to affect aggregate demand. This is a much more indirect transmission mechanism than China’s mechanism. However, China’s financial liberalisation has moved its policy framework closer to the developed market model so that the structure of its policy lag has also changed. Further financial liberalisation and structural policy changes will only lengthen China’s policy lag and introduce more uncertainty to it in the future. Why the change?
After decades of investment-driven growth and having recognised the costs of relying on excessive credit growth, China is finally changing its policy playbook. It is now emphasising further market opening, tax cuts and incentives to boost private-sector spending, with market expectations now playing a bigger role in the policy transmission mechanism that goes through more channels than before. The longer and more unstable policy lag is also due to the fact that private-sector investment has been hit hard by regulatory tightening since 2017 (to reduce systemic risk) and rising Sino-US trade tension. Crucially, the senior leaders seem to accept that unless there are major shocks, they should refrain from opening the floodgates to address the cyclical weakness. But they are also sensitive to the shifting structural and cyclical policy priorities. So when the selective easing in the past half-a-year shows no visible impact, Beijing has recently re-prioritised growth over deleveraging and started to increase the dosage of policy easing to ensure growth will not fall below the 6% floor. After the concerted effort to rein in financial excess and systemic risk since 2017, China’s debt-to-GDP ratio stabilised last year (see chart). This initial success in deleveraging has allowed Beijing room to increase the dosage of policy easing to protect growth. The billion-dollar question
But still, the question of when the easing impact will be felt visibly remains unknown. Even the People’s Bank of China does not know, in my view, due to a systemic structural transition in China. The central bank is still experimenting with different policy tools to design and test a new monetary policy framework. Nevertheless, some economic green shoots have emerged, with growth in retail sales, industrial output, credit and property transactions beating market expectations since December 2018. Free liquidity, estimated as aggregate financing growth minus the inflation rate minus real industrial output growth, and which is usually a leading indicator for asset price movement, has also started to recover. Arguably, they were results of the past easing measures, albeit with a longer policy lag. Time will tell if these green shoots will bear fruits. With the heavier doses of policy easing being implemented since December 2018, we can probably expect some visible results by the second quarter onwards. This implies that Chinese bond yields will have more room to fall in the short term, while Chinese equities will enjoy better support from improving liquidity and an expected economic recovery from the second quarter of 2019 onwards, ceteris paribus. ©2019 funds global asia