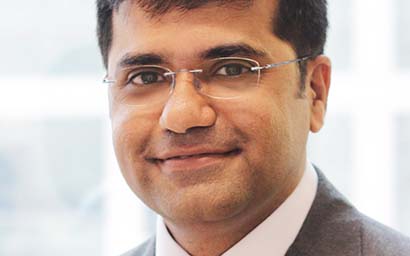 Singapore’s asset and wealth management sector has seen remarkable growth in the past few years. There are many catalysts for future growth, such as membership of the ASEAN economic community, the growing private banking and wealth management industry, investable opportunities in the region, focused initiatives by the regulator to expand product offerings through the potential introduction of Singapore Variable Capital Company (S-VACCs) rules, and a lightening of regulatory requirements for the venture capital industry. The Monetary Authority of Singapore (MAS) is keen to position Singapore as an asset and wealth management hub. The potential of Singapore to participate in various fund passports and bilateral agreements suggests that the city state is poised for further growth. All but the fund administration industry are currently regulated by the MAS, though its actions are indirectly regulated through the anti-money laundering/know-your-client regime and outsourcing guidelines. One must now debate if this prominent industry actor should indeed be regulated directly. Being a fund management centre, with the aspiration of being a fund domicile centre, one could argue that regulating this section of the industry will not only enhance the credibility but also the competitiveness of Singapore’s value proposition. Singapore boasts over 800 asset and wealth managers and the number is climbing. The fund administration industry of Singapore, worth $80-100 million in terms of revenue, needs a framework if it is to cater to growth of this magnitude. A regulatory framework is warranted which should be supported by competency enhancement and reinforcement standards. This could easily be introduced by extending the financial services competency standards to fund administration. Such a measure would help dispense with some regulatory burdens from the fund managers when it comes to at least regulated funds. The framework of fund governance, which is typically a trustee model, puts incremental pressure on the trust company to be accountable for operational errors, which contractually could be passed down to the fund administrators. However, if the same were a regulatory obligation of fund administrators, trustees would be spared the burden. Being regulated could lead to further obligations like enhancement of capital, insurance, compliance and reporting requirements, which inadvertently would be a costly proposition, especially for start-up funds. However, being a centre of innovation and with the city state’s Smart Nation initiative, such competition and cost could foster an environment of innovation. The Singapore Fund Administrators Association has more than 50 member fund administrators. The introduction of regulation would enhance the value proposition of being a fund administration centre, even for fund managers and funds domiciled in the region. The ASEAN economic community will eventually allow for the movement of labour, which will in turn foster growth opportunities for the industry. Now may be an apt time for this sector of the industry to be pragmatically regulated. Armin Choksey heads PwC’s Asian Investment Fund Centre and represents the Singapore Fund Administrators Association membership and education committee ©2018 funds global asia