INTERVIEW: ‘We have to improve ourselves’ 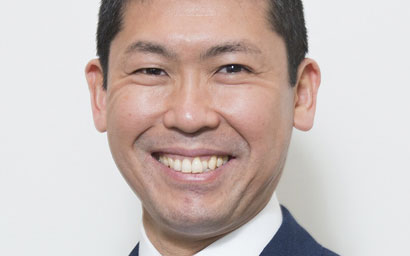 Raising productivity is essential for Abenomics to succeed, says Mitsuhiro Yuasa, co-founder of Rheos Capital. The land of the rising sun is going grey. By 2050, one in three Japanese people will be 65 or over, according to estimates from the International Longevity Center Japan. Because young people are not having enough children, and because Japan – unlike other developed countries – welcomes relatively few immigrants, economists at Tohoku University have made the rather gloomy forecast that, by 4205, the Japanese population will become extinct. The “population problem” is one of the looming concerns threatening the success of the economic revival promised by the country’s prime minister Shinzo Abe. His approach, nicknamed Abenomics and consisting of a three-pronged scheme of monetary easing, fiscal stimulus and structural reform, has galvanised investors. But it has also faltered. With many Japanese citizens concerned about the safety of their pensions, negative interest rates have been less stimulating than in other markets. Despite the increased incentive to spend, many Japanese people are persisting in stashing away their money. Japanese companies, sitting on large cash reserves, are no different. The objective, says Mitsuhiro Yuasa, co-founder of Tokyo-based asset manager Rheos Capital, is to convince these companies to spend. Unlocking those capital flows will help the country achieve the crucial next step in its development – raising productivity. Open the tap
A key aim of Abenomics is to unblock the conservatism in Japanese boardrooms that has caused companies to stockpile their wealth. Currently, Japanese firms achieve an average of nearly 10% return on equity. Abe wants to increase this to around 15%. “Large organisations in Japan have lots of cash in deposits,” says Yuasa. “We should use such sitting cash for capital expenditure or to increase wages. They could also buy back their shares to increase their return on equity.” To bring about this change, Abe has sought to shake up governance practices in Japanese firms. This is an area in which Japanese companies score poorly compared with their peers elsewhere. An analysis of 450 Japanese companies by Netherlands-based consultancy Sustainalytics examined whether there was at least one qualified non-executive director, whether the board was majority independent, whether at least one woman was on the board, and whether there was a disclosed long-term incentive plan for management. Nearly a third of the Japanese companies answered no for all four. To improve governance, Abe introduced a Stewardship Code and a Corporate Governance Code. The country’s enormous Government Pension Investment Fund (GPIF), the largest of its kind in the world, was nudged to support the initiatives by adopting the Stewardship Code and increasing its allocation to equities, creating an incentive for corporates to meet the guidelines. “It’s a huge change,” says Yuasa. “It’s a good heads-up for everyone in this industry and the corporations.” Problems
The effects of the reforms have not yet been as impressive as hoped, however. Some say Japanese companies are publicly consenting to the governance reforms without putting in place the deep changes needed to manifest them. Others say the huge amounts of liquidity in Japan’s markets, the result of quantitative easing and of the GPIF’s raised allocation to equities, is distorting prices, preventing the markets from sending signals that boardrooms must change. Yuasa says the failure is leadership. “Japanese corporations cannot see a bright future,” he says. “The people know about the Japanese population problem and the low birth rate. That’s the theme in the conventional companies mainly led by the aged, old-fashioned leaders.” There are exceptions. Masayoshi Son, the founder of SoftBank, a telecoms and internet giant, has risen to Abe’s challenge, says Yuasa. Son, believed to be the richest man in Japan, has the iconoclastic drive and ambition of a Silicon Valley entrepreneur, a stark contrast to many of the country’s more risk-averse business chiefs. Yuasa wants to see more of Son’s type: charismatic, optimistic leaders who can enthuse their employees and boost productivity. As an investor, he wants to put money in companies with these kinds of leaders. “We are looking for the companies that are improving their productivity or providing the tools or services to other companies to improve productivity,” he says. “There are not many. But there are some.” The product
It is an investment thesis Yuasa is putting into practice with his firm’s Strategic Japan Opportunities Fund. Rheos Capital has established a partnership with EI Sturdza Investment Funds, part of the Swiss group Banque Eric Sturdza, to register the product as a sub-fund of an Ireland-domiciled Ucits. The partnership gives Rheos Capital access to a large pool of global investors as it tries to attract more foreign money into Japanese equities. It is a mission Yuasa has fought since founding Rheos Capital in 2003 with Hideto Fujino, chief executive and president. Both men had worked at the Japanese offices of international asset managers before, Yuasa at Rothschild Asset Management and Gartmore Asset Management, Fujino at Nomura Asset Management and Jardine Fleming. They felt there was a gap in the market for a locally owned, boutique asset manager with a clear focus. “Most of the Japanese investment funds are subsidiaries of large insurers, banks or securities houses. Most of those people are working for their parent company and cannot have clear vision,” he says. The company has grown to employ 47 people. Despite the challenges facing the Japanese economy, Yuasa says he is optimistic that his company can continue to raise assets. He is also hopeful that Abe’s popularity, which is at unprecedented levels, will hold to the next election, allowing the Japanese leader to continue his economic reforms. Yet this difficult task will only succeed if the people put their strength behind it. “We have to improve ourselves,” he says, “to become more productive to create more profits, so that other people look at Japanese equities and get the benefit.” 2017 funds global asia