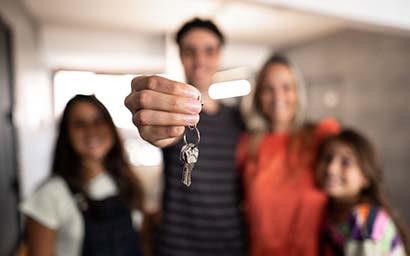 Real estate equities are in recovery. Despite ‘noise’ in the wider stock market, some property shares are back above pre-crisis levels, powered by demographic changes and currently boosted by inflation worries. Alex Rolandi reports. Global real estate equities suffered sharp falls in the first quarter last year as investor confidence was shaken by the Covid-19 pandemic.  Since then, the sector has staged a steady recovery and remained resilient amidst an environment of slowly rising bond yields and increasing inflation. Global real estate equities gained 27 basis points during May this year as measured by the FTSE EPRA Nareit Global Developed Real Estate Index. Year-to-date, this was a 15.2% return. During the same period, global equities and bonds lost 49bps and 75bps, respectively. David Moreno, senior analyst, research and indexes at the European Public Real Estate Association, says the recovery of real estate equities had been in line with expectations. “It’s been interesting to watch,” he tells Funds Europe. “The magnitude of the crisis was very strong, but the recovery has been gradually and consistently showing a solid path, with most sectors showing positive returns year-to-date.” Despite challenges in the retail and office sectors, Moreno says there have been some “interesting dynamics” in cities such as London, Paris and Brussels, as buildings adapt to the ‘new normal’. Lessons were also learned from the global financial crisis of 2008. Various strategies have been put in place by companies, including debt restructuring and improved governance and transparency.  “Companies were well prepared before the crisis. They adjusted their policies during the crisis, but they were already prepared,” says Moreno. Time in the market
Data from Morningstar shows that, after the initial shock caused by the pandemic in March 2020, which saw cumulative five-year growth drop to -4% from 20.9% in February, European indirect property funds rebounded quickly. By April, growth was back in the black. By June 22 this year, both European and global indirect property funds were showing cumulative growth of more than 30% (see table). Although indirect property funds hold a small portion of their assets in direct ‘bricks and mortar property’, they primarily invest in the securities of real estate companies, including those of real estate investment trusts (Reits). For Simon Redman, managing director, client portfolio management at Invesco Real Estate, it’s important to take a long-term view of the real estate market.  “The challenge of listed real estate is that over the short term, it gets impacted by a lot of noise in general equity markets,” he tells Funds Europe.  If there’s an inflation reaction in the broader equities market, listed real estate is likely to suffer as well. “It will be tainted by that,” he explains. “But ultimately, the performance will be linked to the underlying assets which are likely to do pretty well. “When thinking of listed, you can try to be tactical about this stuff, but the adage is time in the market, not timing the market.” Unlike bonds or equities, which can often fluctuate according to short-term trades, the real estate sector depends on secular trends such as urbanisation or demographics.  More than half of the world’s population already lives in cities. By 2050, that number is expected to increase to nearly 70%, according to the UN. “Nothing is going to change that demographic trend overnight,” says Redman. It is well known that cities in Asia such as Hong Kong and Seoul are densely populated. As these urban populations continue to grow, demand for housing and workplaces such as offices will also increase. “For us that’s brilliant, so we try and look beyond that short-term noise and look at those fundamentals,” Redman adds. Meanwhile, the populations of Japan, the US and Europe are ageing, and “we can’t stop that”.  In the US, he says, the number of retirees over 75 is going to increase by 20 million over the next two decades. People are going to need more medical treatment, which means there is a need for more healthcare facilities. These types of demographic trends are “unstoppable”. Inflationary concerns
Nonetheless, like all other market participants, real estate investors are watching inflation closely, according to Kevin Lester, CEO of advisory firm Validus Risk Management. He highlights the fact that traditionally, real estate has been viewed as an inflation hedge, which means a general increase in inflation should add to the asset class’s overall appeal –  “especially for residential and retail assets, which have tended to show a closer relationship with CPI (Consumer Price Index)”. An inflationary backdrop would likely reverse the multi-decade secular downtrend in real estate cap rates – the valuation measures used to compare different real estate investments, Lester explains.  “On the other hand, the risk of rising interest rates, sparked by inflationary fears, is one that warrants careful consideration,” he adds. “The relationship between inflation rates and interest rates is complex.” As inflation moves above 3% or 4%, inflation volatility tends to increase. “When inflation is volatile, the relationship between inflation and nominal interest rates can break down.” If inflation is being driven by strong economic demand, says Paul Jayasingha, global head of real assets at Willis Towers Watson (WTW), the impact on rents and property returns is likely to be positive. “However, if inflation is being driven by, say, a weak domestic currency [such as in a country that is a significant importer] and economic demand is relatively weak, this could have a negative impact on property returns,” he adds.

Validus’s Lester states that current market conditions look set for a potentially significant increase in inflation and inflation-related volatility. This complicates the picture for interest-rate risk management, he says. An uneven recovery
In the short term, better performance is expected in the US and Asian markets, rather than Europe. “This is on the direct side rather than the listed side, but it affects the whole thing,” says Invesco’s Redman. “Europe is likely to catch up, but it will be slower – it always is.” Fund administrator IQ-EQ’s chief commercial officer for Asia, Jimmy Leong, notes that despite ongoing pandemic concerns, Asian markets have “weathered the storm” well and are above pre-pandemic levels in some sectors.  The resilience of Asian real estate equities can be put down to a number of reasons, says Leong, including how Asian nations managed the pandemic in contrast to other cities across the globe.  Also, the office sector is arguably more of a necessity in Asian cities, where space at home can often be more limited. Despite a fall in vacancy rates for the region’s core office markets, Leong points out that working from home is not a viable option, as Asian homes can often be small compared to those elsewhere. The increasing number of tech firms and newer industries developing across Asia have also been key to the recovery of commercial real estate. Leong says: “As we have also seen, the US has recovered rather fast and is expected to be fully back on track to pre-pandemic levels by end-2021.  “This has given rise to inflation concerns leading to higher rates and rising bond yields. We will in the short term most likely see a spike in cyclical inflation, which will then lead to a more moderate pace once structural normalisation occurs.” As it stands, the spread between real estate yields and bond yields is as wide as it’s ever been, says Redman. But the future is uncertain, says Leong. “The pandemic is still evolving and any sudden new wave of infections will have an impact on market demand for real estate assets and potentially increase supplies that can be detrimental.” Another challenge facing the real estate industry is climate change, according to WTW’s Jayasingha. “Like other sectors of the market, Reits are needing to embrace the challenge of carbon emission reductions. This can be challenging in certain segments of the market, where tenants have long leases and so the property owner may be restricted from upgrading the property,” he says.  Despite market fluctuations and occasional noise from the wider equities market, property bulls argue that listed real estate is well placed to continue thriving, and that it remains a compelling long-term investment. As Invesco’s Redman remarks, real estate is necessary – “it houses the economy”. Article first published in Funds Europe's July-August issue © 2021 funds global asia