INSIDE VIEW: Activate plan B 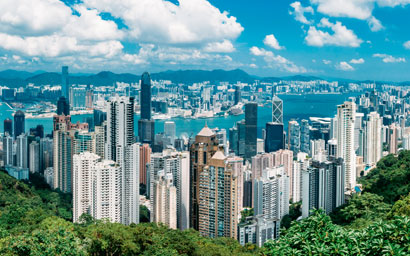 China’s new cross-border capital rules have reduced foreign property acquisitions but strengthened Hong Kong’s role as a channel for mainland investors to export capital, says Petra Blazkova of Real Capital Analytics. Between the start of 2017 and November 20, Chinese cross-border investments in commercial real estate fell 28% compared with the previous year. Yet in Hong Kong, cross-border activity rose by half over the same period. It is becoming increasingly difficult to differentiate between the two sources. For example, many Chinese real estate developers are listed in Hong Kong. Putting together Hong Kong and Chinese outflows, $26.4 billion was exported in the first nine months of 2017 to purchase income-producing properties and development sites globally, according to Real Capital Analytics data. Hong Kong buyers represented a 45% share. Chinese and Hong Kong investors have long been known for their appetite for real estate. Property investment has worked as a hedge against domestic risks and often generated high returns. Together, cross-border investments from China and Hong Kong have doubled each year on average since the global financial crisis. In total, $160 billion was invested in overseas real estate from the start of 2010 to the third quarter of 2017. Hong Kong investors have targeted global property since at least the early 2000s. The first mega-deal took place in the first quarter of 2006 when private investor Hudson Waterfront Associates bought two offices in the US for $2.3 billion. Mainland Chinese investors joined in when capital regulations were relaxed after the financial crisis. Their first sizeable deal was from China State Engineering, which bought a hotel development site in the Bahamas for $990 million in early 2010. For Chinese institutional investors, a major strategic change took place in 2012. Beijing widened insurance companies’ investment options and increased their international real estate ownership threshold to 15%. Within two years, this ceiling rose to 30% and the hunt for global real estate intensified. The largest single asset investment by a Chinese insurance company took place in February 2015 when the Waldorf Astoria in New York was sold to Anbang Insurance for $1.95 billion. Then, Ping An took partial shares in two London offices, the Lloyd’s building and Tower Place, and China Life bought Canary Wharf Tower, also in London, for $1.3 billion in a joint venture with Qatar Holding. Cross-border volume from China has accelerated since 2012 and peaked in the fourth quarter of 2016. Concerns have escalated over what impact the growth could have on the domestic economy, the renminbi and foreign exchange reserves. In December 2016, the Chinese government provided a new framework for capital outflows. Regulations were put in place to improve the transparency of overseas investments, better manage the risk and encourage groups to concentrate on core business processes and investment strategy. Capital outflow has declined since. By contrast, Hong Kong capital exports have sustained their pace and it appears that Hong Kong has become a channel for mainland Chinese investors to export capital. The London look
Chinese and Kong Kong investors now collectively own 2,240 properties around the world, 40% of which are in the US. Hotels and office buildings are the most popular, followed by industrial assets.

In Europe, the UK has been the destination of choice. In London alone, Chinese and Hong Kong investors have spent $7.8 billion in 2017 on properties such as the Leadenhall Building (known as ‘the Cheesegrater’) and 20 Fenchurch Street (‘the Walkie-Talkie’). Since the Brexit vote, Hong Kong investors have invested prominently, buying from real estate investment trusts, listed developers and global institutions. Germany has also been an in-demand destination. This is underlined by Morgan Stanley’s acquisition of 16,000 residential units on behalf of China Investment Corporation (CIC) for $1.2 billion in October 2016. More deals from Chinese buyers are underway. The most notable is CIC’s acquisition of the Logicor portfolio, for $13.8 billion, which is due to close by the end of the year. In Asia-Pacific, the deal count shows Chinese and Hong Kong players have concentrated on Japan and Australia. The deal that stands out the most is the $2.3 billion multifamily portfolio in Japan acquired by Anbang Insurance. In absolute dollar terms, however, Singapore was the number-one destination, where $2.8 billion was spent in the first nine months of the year. Combined with the $1.2 billion sale of a Beach Road development site in October 2017, this year will be the strongest on record for Chinese and Hong Kong investors in the city state. The future
It is hard to believe Chinese capital outflows into Asian and global real estate will halt, despite today’s headwinds. Investment is still expected to flow abroad to diversify a deepening pool of domestic wealth. Established Chinese investors will be able to maintain their global presence either directly, via their existing offshore entities, or indirectly via the balance sheets of foreign companies and investment platforms they partially own. Hong Kong’s financial markets will play a key role; no specific regulations have addressed this trading route yet. Lastly, the One Belt One Road initiative will provide Chinese investors with new investment opportunities in new locations to the benefit of Asian and European real estate markets. While the demand will not evaporate, the new rules could prolong the execution of deals. Perhaps a stronger impact on investment flows will emerge from a different angle. The global real estate market has become fully priced but yields could compress further. For instance, investors were willing to pay a 3.9% yield for offices in central London, 4.5% in Sydney and 4.6% in Manhattan in the third quarter of 2017. Chinese investors, together with their global peers, will face the problem of how to balance risk and reward in such a competitive environment. Petra Blazkova is senior director of analytics, Asia-Pacific, for Real Capital Analytics ©2017 funds global asia