INTERVIEW: Time in the air 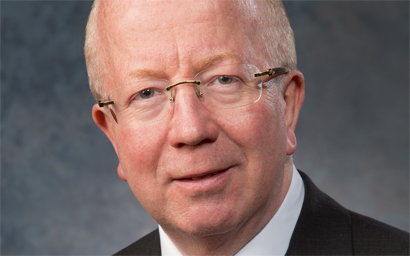 One downside for a firm that manages money across Asia is the significant travel burden it puts on its staff. When I meet Jim McCaughan in Hong Kong, where he is attending the FundForum Asia conference, he explains that only three weeks prior, he spent a week in Singapore and Japan. And it is a very long journey back to Des Moines, Iowa, his firm’s headquarters, from which it manages $342 billion.

Of course, as the chief executive of Principal Global Investors, McCaughan has to show face where his key clients are, and, given that the firm has investors in Korea, Taiwan, Hong Kong, Malaysia, Thailand and more, that means a lot of time in the air.

The firm is a key player in China too. Since 2005, Principal Global Investors has had a joint venture with state-owned China Construction Bank and McCaughan maintains that, unlike some Chinese partnerships, which have a reputation for being fraught, theirs is mutually profitable. The firm also has a quota under the qualified foreign institutional investor (QFII) scheme, which allows international investors to channel money into Chinese equities. Separately, it has its own institutional investor clients in China.

SAVINGS
What is exciting about the Chinese market at the moment? McCaughan says pensions. Principal Global Investors is in talks with potential partners in China about creating a joint venture to provide defined contribution (DC) pensions once new regulations are passed. With its ageing population, China desperately needs a more formalised pension system. However, he says, “it’s one thing to recognise a need, another to make the regulatory environment successful”.

“It’s been a slow developing market,” he adds, “but we sense Chinese policy makers want to accelerate the development of the pension system.”

McCaughan isn’t taking it for granted that the Chinese will get it right. Others in Asia, such as Japan, haven’t. “They haven’t done the policy moves,” he says, of the Japanese authorities. “There is no material tax deferral and they kept contribution limits very low. The Japanese DC system has never fulfilled its promise.”

CRISIS
Our discussion of China leads to the question of financial stability. Early on at the conference, David Ciu, a strategist at Bank of America Merrill Lynch, painted a worrying picture of the country, in which a financial crisis caused by excessive bad debt was unavoidable. McCaughan notes wryly that Ciu’s statement “complies with the economists’ rule to give an event or a date but not both”. Does that mean he is not worried about a potential crisis in China?

“If you did mark-to-market financial sector balance sheets to Western standard you’d probably provoke an instant crisis,” he admits. “But these are state-owned enterprises that can keep going on the faith and credit of the state. There could be a crisis but not any time soon.”

He adds that the need for a high growth rate to avoid social instability seems to be fading as the population ages and migration to the cities slows. This means it may be acceptable for Chinese growth to fall to 6% or even lower without provoking havoc. In sum, he thinks the situation is manageable for now.

In either case, there may be other opportunities in China besides providing pensions. One could be to work with international banks to distribute funds to Chinese investors under the banks’ qualified domestic institutional investor (QDII) licences. Blighted by low investment flows to begin with, the QDII scheme, which allows Chinese investors to allocate money abroad, is becoming increasingly popular.

GROWTH MARKETS
Though China has huge potential, it is not Principal Global Investors’ largest Asian market. “China is important but it could take time,” says McCaughan, hinting that, like many international players in China, the firm has not yet reaped a large financial reward for its efforts there.

Japan is a larger market for the firm. Principal Global Investors does not rely on a joint venture in Japan and is directly present in the institutional and sub-advisory sectors, though it does not sell to retail investors. The depreciation of the yen has diminished the dollar value of the firm’s Japanese assets by about a third in recent months, but it still leaves the firm with about $17 billion in Japanese assets under management. This is comparable to the firm’s assets from Singapore, where it has a well-established business and where Kirk West, the firm’s chief executive for Asia, is based.

West, who is also present at the interview, says part of the firm’s Asian strategy is to build its presence by signing more joint ventures. South-east Asia is a particular target.

“South-east Asia, like a lot of developing regions, has been mainly for domestic products, but we’re seeing more interest in international products in those countries,” he says.

Another area of development in Asia concerns new fund types, particularly multi-asset funds. McCaughan says it is natural for Asian investors to seek out these more sophisticated products as they become more comfortable with investment and seek alternatives to conventional equity and bond funds.

“We are a leader in the US in multi-asset products such as target date funds,” says McCaughan. “I would expect us to do a lot more of that in Asia in future.”

All in all, the signs point at Asia becoming a more significant part of the business of Principal Financial Group, the parent company of Principal Global Investors. Not long ago, the group had effectively no assets outside its home country, the US. Now, the international business accounts for a third of overall assets and the group has as much money in Asia as it does in Europe (though Latin America is still its largest market outside the US).

As China and the other Asian countries demand more funds and establish pension schemes, this proportion could rise and McCaughan, or his successors, may have to take even more flights to Asia.