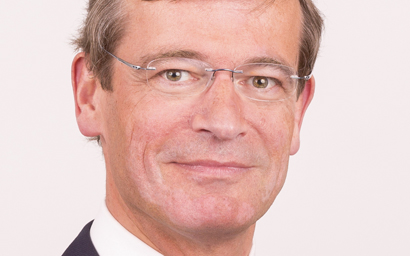 Fundsquare aims to make fund processing more automated and efficient. Soon, the infrastructure is going to connect Luxembourg with Hong Kong and the rest of Asia. Luxembourg-domiciled funds are distributed all over the world and Asia is no exception. More than 70% of the foreign funds distributed in Hong Kong are domiciled in Luxembourg. The proportion is even higher in Taiwan – nearly 80%. These funds are popular because Luxembourg has a longstanding reputation as a reputable and popular domicile with high regulatory standards. Funds domiciled in Luxembourg are often Ucits products – known and trusted the world over. However, few doubt that the system by which these and other funds are distributed, with orders typically handled manually, could be improved. Where fund distributors and transfer agents still rely on fax machines, Fundsquare, an initiative of the Luxembourg Stock Exchange, sees possibilities for automation that could realise huge cost savings. TOP PRIORITY
The company, which was founded in 2013, wants to extend its infrastructure to Asia, as Dominique Valschaerts, chief executive, explains. “Our vision is to become a unique, worldwide infrastructure that integrates all the actors of the fund industry for the exchange of fund data, documents and transactions,” he says. “To achieve this, one objective is to expand. Asia is our top priority outside of Europe.” Fundsquare has already made progress in developing a relationship with Hong Kong, which is one of the key Asian markets for cross-border fund distribution. Valschaerts says the firm is in talks with the local authority to create a link between the trading infrastructures. The link should improve automation rates between Hong Kong and the European markets, thereby reduce costs for distributors, transfer agents and, ultimately, the end investor. MUTUAL BENEFITS
The relationship with Hong Kong could be especially important for Fundsquare because it comes at a time when mutual fund recognition between Hong Kong and mainland China promises to offer new and exciting distribution opportunities in the region. Authorities in Hong Kong and mainland China have been accepting registrations under the mutual fund recognition scheme since July 1.  If accepted, qualifying Hong Kong funds will soon be able to be sold in mainland China. Mainland Chinese funds will enjoy the same treatment in Hong Kong. Although, at present, only funds domiciled in either Hong Kong or mainland China are eligible in the scheme, Valschaerts expects the Fundsquare platform will ultimately be able to play a key role in the regional ecosystem, perhaps by connecting European investors to the scheme as it evolves. “When this new regime comes into force, we want to be ready to process orders related to funds domiciled in Hong Kong but also distributed in mainland China,” he says. “It would be of interest to investors here in Europe.” FRAGMENTATION
Fundsquare is also engaging with the other Asian jurisdictions in which cross-border funds are prevalent. Singapore and Taiwan are the main centres for Luxembourg-domiciled funds, besides Hong Kong, and Fundsquare has ambitions to link its infrastructure with these jurisdictions too. Even in Japan, which is normally seen as a domestic-focused market, there is strong demand for Luxembourg-domiciled funds. This, says Valschaerts, is understandable. “Luxembourg is truly the unique global fund distribution hub. Of course, the US is the number one in terms of funds domiciled and assets under management, but it’s a local market. Luxembourg is the gateway used by prominent asset managers to distribute their funds worldwide outside the US.” However, there are challenges involved with extending Fundsquare’s infrastructure in Asia. One is that the Asian financial markets are fragmented. Most countries have their own regulators with their own sets of laws. There is not, as yet, the kind of harmonised system that is seen in Europe. In addition, different Asian jurisdictions have their own, conflicting agendas. In some cases, the jurisdictions may be pursuing policies to promote their domestic funds industries at the expense of cross-border funds. The prospect of pan-Asian passporting has been talked about for some time but is a long way from being realised. Valschaerts says there are many challenges to overcome, but says Fundsquare has a solid international client base that want to operate in Asia. “The positive thing is that global asset managers who are active in Luxembourg are also present in these Asian jurisdictions. Some are very eager to see us succeeding in order to lower their operational costs. “We also benefit from the important work of associations such as Alfi [the Association of the Luxembourg Fund Industry] and Luxembourg for Finance, which organise roadshows in Asia. They facilitate contacts for us in the region.” VALUE ADD
Cost saving is one of the key benefits Fundsquare’s platform can offer. Earlier this year, Fundsquare conducted a study in partnership with consultancy Deloitte that found that the total processing cost for Luxembourg-domiciled funds is €1.3 billion ($1.5 billion) a year. Valschaerts says a market infrastructure can help in eliminating redundant activities between actors and overall reduce that cost by 70%. “Fundsquare aims to mutualise low added value services,” he says. “We are making the industry more efficient and sustainable in the long run. Costs are becoming too high.” Fundsquare can do all this thanks to its partnership with Swift, the financial messaging organisation, which provides the backbone of Fundsquare’s infrastructure. Altus, a UK-based technology firm, assists by providing the user interface. Valschaerts says that with these partners, and with its ambitions to grow, Fundsquare can dramatically improve efficiency in the fund processing sector – an improvement that is definitely needed. “More than 30% of the orders related to cross-border fund distribution executed here in Luxembourg come from Asia,” he says, “and 57% of those transactions are transmitted via fax, which, in the 21st century, is quite amazing. We want to streamline the processes by offering our services to distributors located in those Asian jurisdictions to facilitate the execution through automation.” Dominique Valschaerts is chief executive of Fundsquare ©2015 funds global asia