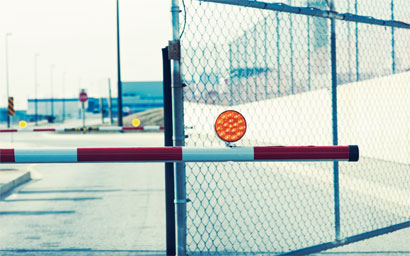 Mutual fund recognition should allow Chinese and Hong Kong-based funds to cross the border and reach new customers. But not every product is eligible. George Mitton reports.

Back in early 2013, Alexa Lam, then deputy chief executive of the Hong Kong Securities and Futures Commission (SFC), said mutual fund recognition would create a highway that leads to other markets, but that funds must first “go through the checkpoint at the border”.

Fast-forward to May 2015 and mutual fund recognition was finally announced, along with the stated aim of beginning registration for qualifying funds on July 1. It is an exciting time for fund managers in Greater China. Soon, mainland Chinese funds will be able to compete for investments in the hurly-burly of cosmopolitan Hong Kong, an environment that could prove a training ground for future international expansion. For Hong Kong-based funds, the prize is potentially even greater: access to the world’s most populous country and its prodigious savings rate.

But what are border control’s rules and what are the chances, once they pass through to the other territory, that firms can win new customers?

THE RULES
To qualify for mutual recognition, funds must meet a series of conditions set by the regulator of the jurisdiction they hope to enter. The regulator on each side has said eligible funds are general equity funds, mixed funds, bond funds or index funds, including exchange-traded funds, which have at least 200 million renminbi ($32 million) under management and a track record of more than a year.

The rules state that an eligible fund must not invest primarily in the market it hopes to enter. So, a Hong Kong-domiciled fund that invests mainly in Chinese mainland equities will not be eligible. Assuming a fund does qualify, it is not allowed to sell more than half of its units to investors in the new jurisdiction.

The funds in the scheme are subject to an overarching quota that will initially allow up to 300 million renminbi each way. According to previous statements by Lam of the SFC, there may be individual fund quotas too, though at the time of writing these had not been confirmed. The details of the per-fund quotas are important because they may determine whether it is economical for an asset manager to participate in the scheme.

Choo Lye Tan, a partner in the Hong Kong office of law firm K&L Gates, says: “As the [per-fund] quota appears preliminarily to be based on a set percentage of a fund’s assets under management, funds and their investment managers should consider whether the quota they are likely to obtain for their fund will justify the business, legal, and compliance costs needed to participate in the mutual fund recognition scheme.”

Asset managers must also consider how they will manage funds in the new jurisdiction. Hong Kong-based funds will need to appoint an agent in China that is an approved fund manager or a custodian. They will also need to produce documents in simplified Chinese to meet the requirements of the China Securities Regulatory Commission (CSRC).

If they fall foul of the CSRC’s rules, it may be that Hong Kong-based fund managers are fined or barred from registering new products according to the same rules that apply to mainland firms.

FINDING BUYERS
Of course, should fund firms qualify under the rules, they will still need to sell their products in the new jurisdiction, and this may not be easy. Firms that lack a distribution network in China may find that few of the country’s 1.4 billion citizens actually encounter let alone purchase shares in their fund. Equally, mainland firms entering Hong Kong will discover a crowded market with many other rival products.

For those going to the mainland, having a presence on the ground already will be an advantage.

“For a fund manager of a mutually recognised fund, having a local affiliate in the host jurisdiction (such as a Sino-foreign fund management joint venture) will provide a ready-made channel to aid distribution to local investors and to navigate the host regulatory regime,” says law firm Linklaters.

More generally, established asset managers with both cross-border and local funds in the region are likely to find it easier, says Andrew Gordon, managing director, Asia of RBC Investor and Treasury Services. As well as having an existing infrastructure, investment teams and distribution networks, these players are likely to be already known to regional regulators, which “could accelerate the product market entry”, he says.

In contrast, predominantly local players with a presence in a single market are likely to find it harder. “To get their brand known, to develop a distribution network to get their products in front of other, better-known regional and global names, and to close the gap in terms of knowledge about investor appetite and regulatory and industry practice will represent a significant uphill battle,” says Gordon.

THE PRIZE
There is a significant opportunity for those firms that can make mutual fund recognition work. Successfully bridging the gap between Hong Kong and China could mean managers can streamline their fund ranges by removing redundant or duplicated products. This could save on investment and operational costs. For funds that get their marketing and distribution strategies right, recognition could also lead to a rapid rise in assets under management.

It is important to realise what mutual fund recognition cannot offer, however. As it stands, the scheme is focused purely on Greater China and will not benefit fund firms trying to distribute products domiciled elsewhere.

Rachel Poh, senior analyst at research firm Cerulli Associates, says it is “pointless for Ucits managers to get excited about the imminent mutual recognition of funds schemes between China and Hong Kong, as funds sold under this scheme have to be locally domiciled”.

Managers of Ucits funds that want to raise assets in Asia would dearly love for their Luxembourg or Ireland-domiciled funds to be included in the new venture, but the Chinese and Hong Kong authorities have given no indication that this is imminent.

There are also many challenges ahead. Hong Kong-based firms going into China will need to form good relationships with agents on the mainland and probably beef up their compliance teams to ensure they stay on top of regulation on both sides of the border. They may also have to translate many more documents into Chinese than they have had to while operating only in Hong Kong. Finally, an entry into mainland China may require a new marketing strategy, since Chinese investors may not have the same level of sophistication as those in Hong Kong.

Perhaps because of these details, Shanghai-based consultancy Z-Ben Advisors predicts mainland Chinese fund managers will have an easier time distributing their products in Hong Kong than Hong Kong firms will on the mainland. The consultancy also suggests that those international firms with joint ventures on the mainland will find the quality of their partner relationships tested as mutual fund recognition opens up the playing field to new competition.

For this reason, the consultancy suggests much is still to play for.

“A great many questions remain to be answered about [mutual fund recognition]’s operational details,” said the consultancy in a statement released the day after the announcement. “In our opinion, many fund management companies will be forced to hit-and-hope if they intend to have funds available for sale on the programme’s launch date.”