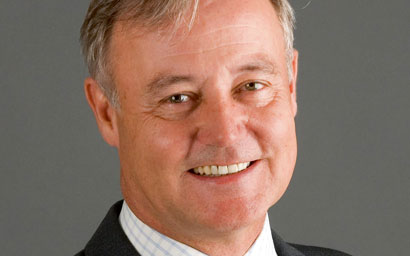 On March 23, the death of Lee Kuan Yew presented a moment to reflect on the history of Singapore, which he led for more than 30 years as prime minister. Known for taking this modern city state on a journey from the “third world to the first world in a single generation”, Lee was a towering figure. According to Nick Hadow of Aberdeen Asset Management, the epitaph of the English architect Christopher Wren – which has been translated as “If you seek his legacy, look around you” – applies equally to Lee.

Hadow, who is director of business development at Aberdeen’s Asian operation, has had plenty of exposure to Lee’s legacy during his time in Singapore. He first moved to the country in 1983 to work for a commodity trading company, nine years before Aberdeen set up its Singapore office, which serves as its regional headquarters. For the past 10 years, he has worked for Aberdeen from that same office, a converted shophouse on the corner of Church Street.

On the morning I visit, Hadow is preparing for a company golf day and bounds into the room dressed in red trousers and a red checked shirt, displaying the kind of deep tan that comes from 32 years in a tropical climate. We sit down to discuss Aberdeen’s growth plans and Hadow’s work at the Investment Management Association of Singapore (IMAS). He has been chairman of IMAS since 2013.

GROWTH
There’s no doubt a lot has changed in Singapore since Aberdeen planted its flag in 1992. Back then, Lee had stepped down as prime minster only two years previously. The building boom that created Singapore’s remarkable skyline was still patchy, and the development of signature properties such as Marina Bay Sands – the world’s most expensive standalone casino complex – was a distant dream.

“Singapore has changed enormously,” says Hadow. “The week of mourning for Lee was a good time to see that.”

Aberdeen’s fortunes have risen with the growth of Singapore. Since Hadow joined the firm a decade ago, the firm’s Asian assets under management have increased from $14.4 billion to $110 billion and the firm’s Singapore-based staff from 50 to 220 people. Having expanded through a series of acquisitions, the overall company, which is based in Aberdeen in Scotland, has become close to a household name in Asian equities.

Much of the growth in Asian assets has come from the firm’s long-only equity funds. The firm has developed a reputation as a cautious investor, backing stable companies and trading infrequently. But, Hadow says the firm may be reaching the limit of what it can do with equities. The Asian markets are simply not that large, yet. Instead, the firm hopes to raise assets in other asset classes – fixed income, real estate and multi-manager products.

“We must be approaching a plateau for what we can do on equities,” he says. “The others things will have to take over.”

However, the firm does offer a China A-shares fund that invests in what he calls a “sceptic’s portfolio” of 25 to 28 stocks. Because Aberdeen’s analysts have such a suspicious view of Chinese mainland companies, Hadow says the fund offers a portfolio that is more conservative than most.

ASSOCIATION
Hadow applies his experience at Aberdeen in his role as chairman of IMAS, the Singapore funds industry association. Founded in 1997, the association has around 100 members including institutional managers, local bank asset management arms and global firms, such as Aberdeen, which have a local retail distribution business. Hadow is the association’s sixth chairman, having taken over from Lester Gray of Schroders in 2013.

“Most of the activity in the last few years has been hamster in the wheel with regulatory changes,” he says. “We’ve been trying to make sure we don’t get overwhelmed, and I’m not sure we’ve succeeded.”

In Singapore, as in the rest of the world, regulators are keen to prevent further financial crises by limiting systemic risk. There is often a tension, though, between regulation and bureaucracy, and this can lead to increased costs for the industry, notably around ‘know your client’ and anti-money laundering rules, which require any firm that opens accounts to prove that their clients’ money is clean.

“We support efforts to stop dirty money getting into the business,” he says. “But for some customers, you’ve got to go through these processes four times, with huge duplication and huge inefficiencies. Can we not come to a cleverer answer on this?”

IMAS has explored the idea of a financial passport, which would be registered once and would allow an individual to buy any financial services in Singapore. Such a scheme would take the burden off individual providers and, surely, save customers’ time. The scheme is still at a conceptual stage, but Hadow says he thinks it could work.

DIALOGUE
Elsewhere, IMAS is pushing to have mutual funds listed on the Singapore stock exchange as an alternative way to distribute them. This would help the end investor get his or her fund more cheaply, says Hadow.

The association has also commissioned research on the relative complexity of different investment products, which it shared with the Singapore regulator, the Monetary Authority of Singapore. These efforts are aimed at informing the regulator in the hope of shaping any forthcoming regulation on misselling.

More broadly, IMAS is monitoring the development of regional fund passporting schemes and observing the challenges these schemes face regarding harmonising regulation and tax laws.

All this sounds rather frantic, but despite the fast pace of change in Singapore, the city state has been underpinned by a certain stability throughout its recent history. After all, Lee was in power for more than 30 years, and Aberdeen has been in the same offices since 1992. It’s nice to know that, within a fast-growing Asian city, some things do endure.