SOUTH KOREA: From won to yuan 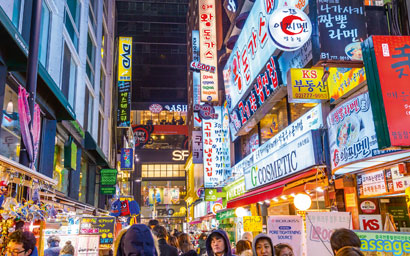 South Korea has emerged as a busy source of RQFII flows as its formerly domestic-focused funds industry develops a taste for Chinese investment. Dave Waller reports.

Strict capital controls come in handy when you’re aiming to catapult yourself to a spot among the world’s great economic powers, but China has had to tweak the model along the way. Thanks to its stringent economic policy, overseas holders of renminbi have been prevented from investing the currency in the country – which has hampered the currency’s popularity overseas. All that changed in 2011 when China launched the renminbi qualified foreign institutional investor (RQFII) quota scheme. It meant foreign licence-holders had a (regulated) means of investing their renminbi funds within the desirable Chinese capital markets. A winner all round.

Indeed, the rapid liberalisation of China’s cross-border capital flows has been welcomed by investors everywhere. Prior to RQFII, if an overseas investor wanted renminbi exposure, they were limited to Hong Kong. In the initial phase of its launch, it was open only to Hong Kong subsidiaries of Chinese brokers. Not surprisingly, Hong Kong is now the key RQFII player, having been granted a whopping 270 billion renminbi ($43 billion) quota and allocated the whole amount. Since 2014, however, the gates have been open to players far and wide, with the next-largest quotas (80 billion renminbi) going to the UK, Germany, France – and South Korea.

It may come as surprise to see the last of these among a list of traditionally strong Western economic powers, but it shouldn’t. Korea is the world’s seventh-largest exporter (China is the first), and China has been its biggest trading partner since 2004. Their bilateral trade totalled $229 billion in 2013, with China accounting for about a quarter of Korea’s exports.

“The RQFII quota is a reflection of how the two economies are becoming much more integrated,” says Nicholas Britz, analyst at Z-Ben Advisors. “There’s been a great flow of trade between them, and that’s pushing up the need for renminbi. Across the entire South Korean financial spectrum, you have a lot of interest in China.”

MEETING OF MINDS
The bond was clearly recognised by Chinese president Xi Jinping and South Korean president Park Geun-hye when they met in Seoul in July 2014 to settle on a raft of free-trade measures between the countries. As well as setting up South Korea’s RQFII quota, the two countries agreed to introduce direct trading between the won and the yuan in Seoul and promote greater use of the Chinese currency; sales of yuan-denominated debt in Seoul would be encouraged, and a memorandum of understanding was also signed to appoint a yuan clearing bank in the city.

The idea was that RQFII would encourage Korean investors to trade the yuan, helping South Korea become an offshore yuan centre and bringing what the South Korean government described as “visible” economic benefits to the country. These benefits would lie in reducing South Korea’s dependence on the US dollar, according to a Goldman Sachs report written at the time.

So what effect has the introduction of RQFII had in Korea since? The country has, in fact, become a China investing hotspot. At the time of writing, Korea had 20 RQFII licence holders. After Korea, the busiest Asian market for RQFII access is Singapore, which has a quota of only 50 billion renminbi. New quotas are being granted to Singapore entities, but the sums are typically much smaller than Korea’s.

Like a lot of Asian markets, Korean investment has traditionally had a domestic focus, but things are starting to open up and people are increasingly looking offshore. And so we reach a point where it sits alongside the likes of France, Germany and the UK.

The interesting thing is that while these powers cater to domestic, European and even global markets, South Korea has a limited asset management environment, populated pretty much exclusively by Korean managers. But it’s not just the Korean RQFII quota that’s high. Sales of the vehicle have proven high too. Interestingly, the Koreans have allocated far more of their quota than anyone else, with 37 billion renminbi having been taken up (compared with only 17 billion renminbi of the UK’s equal quota, for example).

“A lot of managers in Europe haven’t been particularly active with their allocation,” says Britz. “In Korea, meanwhile, one manager is throwing the kitchen sink at it and launching as many products as possible.”

The manager in question is Shinhan BNP Paribas Asset Management, the first Korean institutional investor to receive a licence via the RQFII scheme. Shinhan reported RQFII sales of 2.1 billion renminbi by the end of March 2015 – more than 70% of its initial quota. And the company has received another 5 billion renminbi of quota since.

HUNGRY FOR MORE
“That’s a massive increase of what they’d already asked for,” says Britz. “Shinhan BNP launched five products in a short amount of time, covering every asset class – equity funds, fixed income coming online. The big guys are filling their quota very quickly and are having to come back for more.”

Such demand demonstrates just how hungry Korean investors are for a piece of the Chinese capital markets. It also helps develop Korea as an offshore renminbi centre by opening up a new channel of renminbi flows back into China under the RQFII pilot scheme.

“The demand from the Korean market for the Chinese market is pretty big,” says Britz. “There’s Hong Kong, then Singapore, and then South Korea. And its investors are looking at China as an asset class in itself.

But there’s plenty of activity at the bottom end of the scale too. Although the smaller players have a smaller quota of less than a billion renminbi, this will lead to a great deal of specialisation and innovation in the market, and should lead to the manufacture of pioneering products by smaller players eager to tap into as-yet unmet areas of demand.

The good news for Korea is that while it already benefits from a relatively large quota, such levels are far from fixed, and the decisions are at the discretion of the Chinese regulator.

If the model gets a lot of use, then it’s feasible that the cap will be raised. And given that RQFII is seeing far more uptake in South Korea than in Germany, France or even London, the country is in a good position to benefit further.