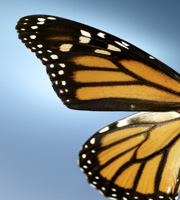 Nearly half of Ucits fund sales take place outside Europe and Asia is now considering creating its own rival. Stefanie Eschenbacher finds a pilot scheme may launch this year.

Regulatory fragmentation and the lack of formal ties between Asian countries have been blamed for the fact that regional fund “passport” schemes have not succeeded in the past.

Since the global financial crisis, however, efforts to develop a scheme that better reflects the needs, profiles and characteristics of the local investor base have been stepped up.

Ching Yng Choi, head of Asia representative office at the Association of the Luxembourg Fund Industry, a trade body from the largest cross-border Ucits fund processing centre says: “It has been argued that many obstacles remain to reaching an integrated and harmonised Asian fund passport. However, it should now be evident that serious initiatives have already been put in place.”

Choi says several Asian countries have launched initiatives to promote and develop their domestic funds industry. Taiwan, for example, tightened investment restrictions on offshore funds in the past two years. The concentration of Taiwanese investors in a foreign fund cannot exceed 70% and the concentration of investment portfolios of an offshore fund in Taiwan securities markets cannot exceed 70% either.

All commission fees – which tend to be higher for offshore funds – must be disclosed.

Even tougher, income-based tax measures are applied to overseas income for Taiwanese residents.

“Given this situation it was not surprising to see the rise of proposals for a regional fund passport, such as the one in Europe,” says Choi. “Competition with the European Ucits brand could emerge and global companies will have to reconsider their current strategies in the region.”

Finance ministers from Australia, Hong Kong and Singapore have been collaborating to liberalise and harmonise the regulatory developments for an Asia regional funds passport. The pilot scheme is likely to launch this year.

It could improve efficiency and reduce cost for asset managers; investors could have a greater range of funds to choose from; capital markets in the region could become more liquid and diversified.

Another initiative by the Association of Southeast Asian Nations (Asean) – including Brunei, Cambodia, Indonesia, Laos, Malaysia, Myanmar, the Philippines, Singapore, Thailand and Vietnam – is aiming to create a single integrated marketplace for listed securities.


Issuers are required to comply with a set of common disclosure standards, known as the Asean Standards, together with limited additional requirements prescribed by each jurisdiction, known as the Plus Standards.

According to its creators, the scheme brings “ease and cost savings” to Asean and non-Asean issuers that make multi-jurisdiction offerings of plain equity and debt securities requiring the registration of prospectuses or registration statements.

‘Something asian’
But with 48 different countries and no formal economic community, the establishment of an Asian Ucits scheme or a fund passport might be a long and tedious process.

Such a concept would have to be innovative in design and ongoing operation to compete with Europe’s Ucits scheme.

Sally Wong, chief executive officer at the Hong Kong Investment Fund Association, says Asian investors are asking whether they should continue to import something that has been developed in, and for, Europe.

“This discussion is particularly pertinent as the Asian markets have increasingly become an important source of fund flows,” Wong says. “With the increasing affluence of the population within the region and the reforms in the capital markets, this trend will only become stronger.”

Wong says, when talking to members of the association, she gets the impression that “there is a need to develop something Asian”.

Lester Gray, chairman, Investment Management Association of Singapore, argues such efforts are “essentially trying to develop another version of Ucits”.

Gray says while such a scheme is unlikely to have significant benefits for international asset managers, domestic ones may benefit.

Its analysis of the regulatory framework found that although legislation and taxation are diverse across the region, most jurisdictions do have similarities in their framework.

“While there are definitely complex challenges that we will need to overcome as we move forward, they are not insurmountable and the benefits to the region could be substantial.”

The Asia Pacific region is home to just over 4.2 billion people, or 61% of the world population, according to the United Nations Economic and Social Commission for Asia and the Pacific. Though population growth has slowed in recent years, rates remain above the world average.

Document information
Increased levels of savings and investments will be required to fund the retirement of the ageing population, Wilson says. The economic and demographic fundamentals in Asia support the view that it will be the future growth engine of the global fund management industry.

While recent initiatives show some success, co-ordinated approaches have failed in the past.

The Monetary Authority of Singapore, for example, introduced product highlights sheets to communicate key features and risks of investment products to investors, while the Securities and Futures Commission in Hong Kong introduced a product key facts statement.

“The documents are similar, but different,” says Choi. “It would have been very confusing to receive all these documents at the same time. In the end, the European Commission decided that local regulation prevails.”

Gray says it took decades to construct the European Union in the first place and then agree on regulation governing it.

“There have been some discussions and work on an Asian equivalent of Ucits, but I do not see this happening,” he says. “A common passport is not feasible and unlikely to be so for some time.”

“While Ucits has been successful in Europe, it has only generated interest in some parts of Asia,” Kiat says. “Markets in Asia are different and interest in the Ucits structure is only strong in certain places.”

Even Ucits is not fully accepted across Asia. China and India, two large retail markets in Asia, do not recognise Ucits at all. Neither do Indonesia and Australia.

Taiwan allows Ucits funds only under certain conditions, and in Japan the process is slow and expensive. Malaysia and Thailand both require locally registered feeder funds, similarly in South Korea.

William Tan, sales director at Franklin Templeton Investments in Singapore, says all 70 funds under its Luxembourg Sicav umbrella are registered for distribution in Singapore.

“Many investors will only look at Ucits funds and the demand for these products is rising,” says Tan, adding that the Ucits structure also allows Asian asset managers to sell their products into Europe.

“It would be good to have a Ucits-equivalent in Asia, but the concern is what kind of criteria and requirements would be necessary to meet the minimum standard.”

In many other countries, investors are often unaware of Ucits funds or cannot get the minimum interests together.

Zulfiqar Azam, senior research analyst at the Mutual Funds Association of Pakistan, says not many investors in Pakistan have invested in Ucits funds because they do not know about the possibilities or have no savings to invest.

Agreements
“Various investor awareness programmes are being conducted in the country, especially in the major cities, to educate them about the various available investment avenues locally and globally,” he says. “With the increasing confidence of the investors, other opportunities are now being looked into.”

Azam expects demand for Ucits to increase over the next few years, but says there is still a long way to go, especially in “the Western side of Asia”.

Funds that have been authorised in one country can be distributed to retail investors in the other country and do not have to comply with the full range of the other countrys’ authorisation requirements.

Meanwhile, Hong Kong and Taiwan have put in place a reciprocal cross-border listing of exchange-traded funds (ETFs). An approved ETF that is licensed by the Securities and Futures Commission in Hong Kong or the Financial Supervisory Commission in Taiwan will be mutually recognised by the other jurisdiction.