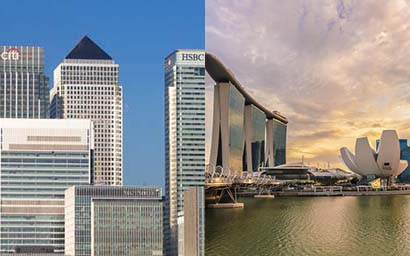 A thinktank representing the UK asset management market has called for the development of a new UK-specific fund structure that can compete with Ucits and AIFs in the Asia Pacific market. The New City Initiative (NCI) made the call in its recently published paper ‘Facilitating Connectivity: Strengthening UK-APAC Fund Ties’, arguing that such a development would help expand the UK’s distribution footprint in the region, post Brexit. “A lot of the UK investment products that are currently sold to institutional and retail clients in Asia Pacific are regulated under EU law, principally either Ucits or AIFMD,” states the paper. It states that there is ongoing uncertainty around the EU’s refusal to extend AIFMD passporting to core APAC domiciles such as Singapore. “The NCI believes the UK funds industry has an excellent opportunity to further embed itself in APAC, where a number of our members see the largest growth potential,” said NIC chairman Nick Mottram. “Developing a UK fund brand to compete with UCITS and AIFs in the region would be one way of doing this, and would be beneficial for the UK and Asian economies." The NCI further recommends that the UK could try to use the Mutual Recognition of Funds scheme with Hong Kong and then look to negotiate further MRFs with other core Asian markets. Another proposal put forward by the thinktank is for the UK to become a signatory to a regional passporting initiative such as the Asian Regional Funds Passport, which is due to launch in May, or the Asean Collective Investment Scheme.   He added that NCI had already extended the UK fund management community's links with APAC through the 2019 launch of NCI Singapore. ©2020 funds global asia