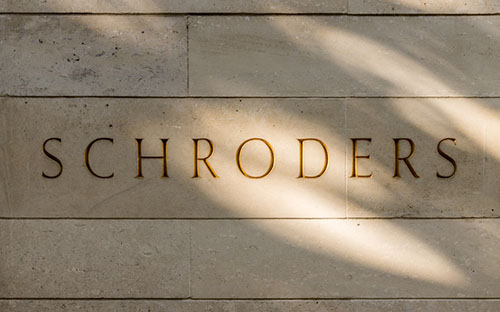 Regulators have approved Schroders’ application to establish a wealth management business in mainland China. The global asset manager has partnered with China-based Bank of Communications (BoCom) Wealth Management for the joint venture (JV), Schroder Bocom Wealth Management. Schroders will take a 51% majority stake in the Shanghai-based company with BoCom owning the remaining 49% share. It is the third wealth management partnership involving an overseas majority owner to be approved by the regulator. In August 2020, a three-way venture between BlackRock, Singapore sovereign fund Temasek and Construction Bank of China was given the green light. This was followed a month later by regulatory approval for Amundi’s JV with Bank of China. This is the latest collaboration between the pair, following the BoCom Schroder Fund Management Company which was launched in 2005. “The Chinese market represents a significant opportunity for Schroders, entailing the world’s second and third-largest equity and bond markets respectively,” said Peter Harrison, Schroders chief executive.
Schroders plans Asia green finance hub
Amundi and BoC get green light for China JV
UBS first foreign bank to take control of China business
Blackrock gets green light for China mutual fund unit
© 2021 funds global asia