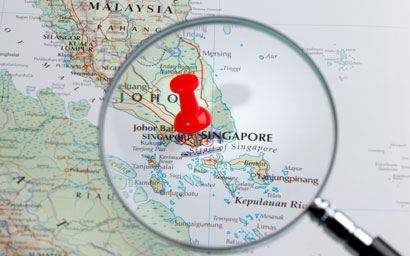 The first exchange-traded fund (ETF) to be authorised in Singapore under the new variable capital company (VCC) structure has appointed HSBC as its custodian and fund administrator. The ICBC CSOP FTSE Chinese Government Bond Index ETF, promoted by CSOP Investments, was launched on September 21 after receiving approval from the Monetary Authority of Singapore (MAS). In addition to being the first ETF issued as a VCC, CSOP Investments is the first Chinese offshore asset manager to issue an ETF in Singapore.
HSBC targets Apac investors with new ETF
HSBC boosts trade distribution finance team with Singapore hire
The new corporate structure was launched in January by the MAS in order to make it easier for international asset managers to redomicile their funds in Singapore. “New fund structures like VCC now available in Asia Pacific are putting the spotlight on the region as a viable international investment hub,” said Gavin Powell, head of global markets at HSBC. “This [partnership] strengthens our commitment to the development of the region’s fund management industry.” © 2020 funds global asia