Eastspring opens its WFOE in Shanghai 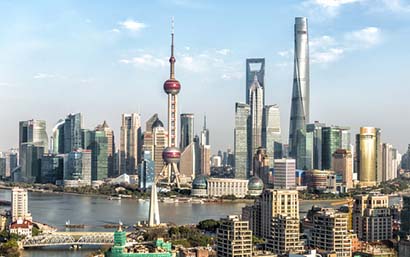 Eastspring Investments has opened its wholly foreign owned entity (WFOE) in Shanghai to conduct both investment and distribution of funds onshore in mainland China. The company’s chief executive described the opening as a “major milestone” that follows the establishment of its investment management WFOE in March and the receipt of its private fund manager licence in October. The office comes alongside Eastspring’s existing joint-venture partnership, CITIC-Prudential Fund Management, which was established in 2005. Eastspring Investments is the Asian fund management subsidiary of Prudential, the UK-based insurer. “By 2021, it is estimated that around 50% of the $4.8 trillion of assets managed from Asia will be from China,” said Guy Strapp, Eastspring chief executive. “This impressive growth in the investment industry is being propelled by China’s powerful economic expansion, and the increasing participation by both retail and institutional investors.” Early next year, Eastspring plans to launch a China A-share fund that will be distributed by domestic securities firms and wealth managers, he said. The new Eastspring office will serve institutional investors and qualified high-net-worth individuals. ©2018 funds global asia