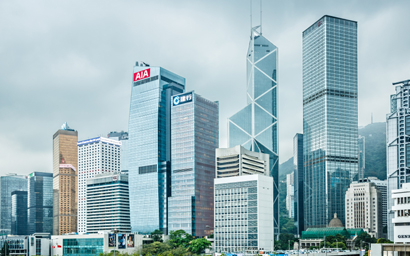 HSBC and Standard Chartered are facing investor pressure over their backing of China’s new national security law in Hong Kong. The proposed law is controversial as it is seen as a threat to the “one country, two systems” framework that underpins Hong Kong’s unique freedoms. In a statement, Standard Chartered said it believes that “the national security law can help maintain the long term economic and social stability of Hong Kong”. Meanwhile, Peter Wong, chief executive for HSBC’s Asia operations signed a petition in support of the proposed legislation. HSBC was approached for further comment. The support has prompted a strong reaction from Aviva Investors, a top 20 investor in both banks with a 0.46% holding in HSBC and 1.35% stake in Standard Chartered. “We are uneasy at the decisions of HSBC and Standard Chartered to publicly support the proposed new national security law in Hong Kong without knowing the details of the law or how it will operate in practice,” said David Cumming, chief investment officer for equities at Aviva Investors. “If companies make political statements, they must accept the corporate responsibilities that follow. Consequently, we expect both companies to confirm that they will also speak out publicly if there are any future abuses of democratic freedoms connected to this law,” added Cumming.
Masses stage historic Hong Kong protest
© 2020 funds global asia