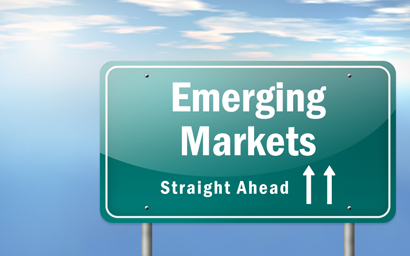 Asia-based institutional investors expect to increase their allocations to emerging market assets, according to a survey from Vontobel Asset Management. The Swiss firm’s study of emerging markets investing surveyed 300 institutional investors and discretionary wealth managers in North America, Europe and Asia-Pacific in the second quarter of 2020. It found that Asian investors are more optimistic about the long-term outlook for emerging markets rather than its short-term prospects. Whereas 57% of respondents expect to increase their allocation to emerging markets equities and fixed income assets over the next five years, a smaller number (20%) plan to do the same in the next 12 months. When asked about the reasons for the optimism, the survey found that declining volatility over the long-term in emerging markets and the expectation that global investment indices will rebalance towards them were the two top factors cited by Asian investors. Other findings revealed in the survey included the fact that more than half (53%) of Asian investors believe that China should be treated as a standalone market rather than part of a broader emerging market investment universe while there is also a greater preference for active investment among Asian investors when it comes to investing in emerging markets, mainly because of the elevated volatility.
What does the year have in store for emerging markets?
“In emerging markets, where you have a generally less-developed set of economies and companies, you have an index construct that is lopsided in many ways,” said Matthew Benkendorf, chief investment officer at Vontobel. “The index is a less optimal way to buy the really great companies that will compound long-term wealth with the lowest relative risk.” The survey also found that Asian investors are less concerned than their European and North American counterparts about the effect of the Covid-19 pandemic, with only 23% considering reducing their emerging market allocations in the next 12 months compared to 35% in Europe and 29% in North America. According to Vontobel, this difference may be down to the fact that many Asian economies have performed better. © 2020 funds global asia

ASI gets funds licence in Thailand