INSIDE VIEW: The transition of power 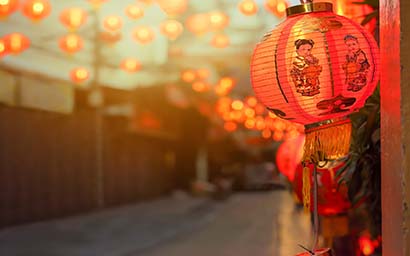 Growing in wealth and confidence, China is strengthening its position on the world stage. Its integration into the global financial system is irreversible, says Jacob Mitchell of Antipodes Partners. The Chinese banking system at best is perceived to be opaque or at worst is viewed as an actor of the state at any cost. In reality, Chinese policymakers need the banking system to efficiently allocate capital and support the real economy. To this end, efforts to clean up the system are largely underappreciated. The combination of hardened regulatory restrictions on banks and shadow lending has squeezed the availability of interbank funding for weaker banks and rogue financial institutions such as Anbang Insurance. In response, these banks have been forced to raise close to $100 billion in capital via shares, preferred equity and convertible bonds to shore up balance sheets. Further, the availability of credit has dried up to industries burdened by overcapacity, boosting profitability and asset quality. Over the last four years, the large Chinese banks have written off just over $1 trillion in bad loans – which is close to 10% of GDP. By way of comparison, the global financial crisis resulted in credit charge-offs in the US, Spain and Ireland equivalent to 10%, 13% and 15% of GDP, respectively. From this perspective, China’s charge-off cycle already appears relatively mature. The high profitability of the larger Chinese banks has represented critical system support through this tough period. Investor demand for wealth management products that competed with traditional savings products, such as bank deposits, has also declined due to tightened disclosure and investable universe requirements. Expect major flows
What does this mean for investors? It appears China’s rapid ascent and integration into the global financial system is irreversible. For example, MSCI has just added around 230 of China’s larger listed stocks to its Emerging Markets index. China’s debt market is the third-largest in the world and is under-owned by foreign investors. In April 2019, China will likely be added to the Bloomberg Barclays Global Fixed Income index. This process, which is still subject to overcoming a few operational hurdles, should result in a Chinese index weight of around 5% by 2021. UBS estimates the initial one-off passive flow may amount to $100-120 billion by April 2019. However, if active managers follow suit, the initial flow may be more than double this. A changing dynamic
The shift in political power under Xi Jinping’s short rule of China is worth addressing. After securing a virtually indefinite term for his presidency, Xi now commands the undemocratic luxury of driving China’s future over a long time horizon. As evidenced by his very successful corruption purge and consolidation of key government portfolios under his individual title, President Xi has the luxury of making shorter-term sacrifices for longer-term gains. Already, the aggressive response to Trump’s tariff tactics highlight this emboldened posture versus his modern predecessors. Similarly, China’s response to the US-North Korea summit was swift and represents a strong indication of its preference for the status quo – or, ideally, a solution resulting in a US military withdrawal from the Korean peninsula. China would also take exception to the US policy reversal of limited diplomatic engagement with Taiwan. China’s current generation of increasingly nationalistic leaders will no longer politely or passively respond to demands from the West. A currency response is unlikely; rather, China will push for a diplomatic solution and may perhaps compromise to preserve stability. President Xi potentially holds the trump card in China’s ownership of $1.2 trillion, or 7% of US treasuries, plus the political longevity to negotiate the best deal. This East-West power transition represents a less predictable global socioeconomic environment, especially if the opposing agendas increasingly reflect domestic populist demands. Pragmatic managers
A wise investment approach looks to take advantage of the market’s tendency for irrational extrapolation around change and to seek both attractively priced businesses offering a margin of safety as well as investment resilience characterised by multiple ways of winning. Baidu – the Google of China – is one compelling stock on offer in China. The irrational market view surrounding Baidu centres on the thought that regulatory changes will impair growth in its core ‘search’ operation. There are also fears its non-core investments – such as iQiyi online video, transaction services and artificial intelligence – will not make an economic return. However, we see multiple ways of winning. We believe search will continue to benefit from a strong mid-to-long-term Chinese economic outlook, as well as the shift to online for advertisers. As for iQiyi, it is a leading video platform with high-quality content, similar to the Netflix offering, and has 125 million daily active users. It is also the Chinese artificial intelligence leader, with Mandarin voice recognition that surpasses human recognition. Finally, it is the autonomous vehicle and connected car platform of choice, with 60 original equipment manufacturers/auto suppliers. As for our margin of safety, Baidu trades at a 2017 earnings yield of 18.2 times after removing loss-making investments. It is even cheaper if we give value to those investments. We also see strong value in Ping An Insurance, the life insurance powerhouse and leader in digital distribution. For Ping An, the irrational view simply surrounds general concerns over the health of the Chinese economy. However, again, we see multiple ways of winning. Life insurance in the largely underpenetrated market is the safety net for Ping An, which is an innovator of protection products. It also has industry-leading technology, while the fact it holds data on more than 750 million Chinese leads to competitive advantages – including the effective cross-selling of insurance products. Ping An, which has an industry-leading management team, is also well positioned for a desired shift away from savings towards protection products. As for the margin of safety, Ping An trades on a 14-times price-to-earnings ratio and is growing earnings at 20% a year, with a return on capital employed of 30%. It also holds an investment portfolio worth 15% market capitalisation. Jacob Mitchell is a portfolio manager and chief investment officer of Antipodes Partners ©2018 funds global asia