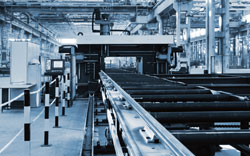 International service providers may be grappling with a familiar problem but local markets in Asia are actually developing in new ways, discovers Nicholas Pratt.

When discussing the operational issues in the Asian funds market there is one familiar question that has to be asked – how do you get local managers and distributors to automate their processes? It is a question that has become genuinely mystifying to some market participants. They understand that smaller local managers may not have the volume of business to justify the investment in automation but the handful of large banks that dominate the distribution of funds in a market like Hong Kong have both the volume and the resources – so why don’t they automate? It is particularly puzzling when one considers the advanced use of internet technology for retail banking. As one international asset manager confessed: “When I raise the question with one of their IT heads, they tell me they have so many different initiatives, funds automation is not one of their priorities.” For the time being, the champions of automation are still the global independent fund managers, says Sebastien Chaker, head of Asia at Calastone. “It is when you get into the cross-border third-party funds distribution space that STP becomes a must. These fund managers need to implement a global operating model to service a large number of distributors in multiple countries. “For the bank and insurance-owned asset managers, usually, most of their distribution remains captive through their own branch or advisor networks, hence why fund automation remains a much lower priority.” Calastone’s Asian business covers both cross-border and domestic funds but the majority of its fund manager clients are still global western fund groups that have already experienced the benefits of STP in other parts of the world. This is not the case for Asian fund managers who are beginning to understand the risk and cost benefits of automation, says Chaker.

“In Hong Kong, Singapore and Taiwan, global asset managers make up for about 70% market share which eventually is enough to build a momentum and convince Asian distributors to adopt automation.”

“We have over 300 fund managers live on our fund transaction network but we still have no Asian fund managers signed up, despite the fact that they could immediately increase their automation rates to over 50% by joining.”

Chaker’s hope is that an element of peer pressure will come to bear and the positive experience of those local firms that have signed up to automated services will encourage others. He cites the fact that 20 of the largest fund distributors in Asia are already active on Calastone’s fund transaction network.

The need to expand globally should also encourage more local managers to automate, says Chaker. “In order for local firms to compete with global players in the cross-border distribution space and win more international distributors, they will imperatively have to raise their game on the servicing and automation front.”

GLOBAL PLAYERS
The global players have always been the biggest promoters of automation given that they have the scale to make the numbers more compelling. However while these same players have always been active in the cross-border funds market, they are taking on a bigger role in the various local markets within Asia, says Marco Attilio, global account director of Asean at member-owned cooperative and market infrastructure provider Swift. For example, the two biggest transfer agencies (TAs) in the Singapore market are HSBC and BNP Paribas.

This push is recognition of the growing importance of the domestic markets within Asia. Furthermore it may also help to promote more automation within the domestic markets, not least because a service like TA is so dependent on operational efficiency, says Attilio.  “One of the important things about the TA business is that the providers are not in it for the money. It is because it complements other services with better margins like custody and fund administration. So the priority for the TA is to provide a top notch service. That is why there needs to be some level of automation.” Achieving more automation in the local Asian markets may involve a different mindset for many of the global players, warns Attilio.

“If you look at the automation of the domestic funds business in Asia, most initiatives involve market infrastructures like the local central securities depositories. It is a difference between the East and the West. In the West, nobody wants a regulatory authority telling you what to do but in the East, this regulatory role is welcomed to a degree.”

The securities landscape in Asia is changing fast, says Attilio. “You should not underestimate the number of local players with international ambitions. It is early days but they are setting the right foundation with standardisation and monitoring – it is all happening. But the region needs more successful cross-border products, like Ucits – products that can be exported across Taiwan, Hong Kong, Singapore, Korea and Thailand.”

The passporting initiatives are trying to address this, says Attilio and the success of the resulting products will be key. However, it is important not to confuse the “what” with the “how”, says Attilio. “We have little influence on ensuring that the product makes revenue or generates alpha but automation can influence how easy it is for managers to market the product and how they distribute the product.”

Attilio points to the work of the Korea Securities Depository (KSD) as a case study for the promotion of automation in the region. “It links the ‘what’ and the ‘how’. In theory it is the perfect approach. Korea may have a relatively low volume of funds but if Korean funds were to become successful abroad, the KSD can make use of the highly scalable infrastructure it has established.”

It has become obvious to international firms that they can no longer treat the Asian market as one homogenous region. Nor can they treat each market as an extension of Europe and look to impose the same operational model, says Michael Chan, head of Asset Servicing, Asia Pacific for BNY Mellon.

In the past, some global custodians entering the Japanese market have tried introducing their own fund administration or middle office platforms but have been unsuccessful.

“This is because the trust banks in Japan and the asset managers cut their own net asset value [NAV] and having a commonly accepted protocols just makes sense.” The trust banks are responsible for errors in the NAV so they will have a look before it is authorised and sent back to the global custodian, which may not help in terms of STP here. Investor protection and effectiveness trumps efficiency, says Chan.

“Our strategy in the Asia region has been to collaborate with local trust banks to provide global infrastructure and knowledge with local intelligence and market practices."

There are also certain areas where automation rates are much higher than in Europe or the US, not least in China, which operates on a strictly T+0 basis where trade failures and intraday liquidity issues are not tolerated. “Automation becomes more crucial to manage operational risk and is the norm in these domestic markets. Meanwhile, the US is at T+3 and the EU at T+2,” says Chan.

The commencement of the Shanghai-Hong Kong Stock Connect programme is highlighting these differences for the Western firms, says Chan.

“The traditional approach to the cross-border market in Asia has been global asset managers looking to take assets out of Asia through Dublin or Luxembourg-based Ucits or Sicav funds.

“This has meant that Asian asset managers, service provides, investors and distributors all have had to conform to the European standards,” Chan adds.

Now though with the likes of Shanghai-Hong Kong Stock Connect, the money is going into China via a retail route. “This is causing a conundrum for some firms wondering how they are going to get money from their omnibus accounts in the US and Europe, do the necessary currency conversion to CNH in Hong Kong, and be done in time to prevent overdrafts,” says Chan.

“Global asset managers are realising that they can no longer rely on pushing offshore funds in Asia. Ever since the global financial crisis, there has been a big push for countries to control their own markets.”