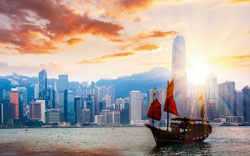 With numerous passporting schemes in the offing, regulators may hold the key to promoting automation in Asia. Nicholas Pratt investigates.

After months of speculation, the Shanghai-Hong Kong Stock Connect platform finally went live on November 17. The Chinese authorities made the announcement just seven days prior to the launch, creating a mild panic among industry participants that had asked for more time to prepare.

The somewhat hasty approach to the launch may also be unhelpful in promoting automation.

Not all the details of the Stock Connect service have been finalised so in these initial days of trading, automation is unlikely to be at the forefront of asset managers’ minds.

The same uncertainty could also be applied to the various passporting programmes that are not yet finalised. After all, why would anyone want to commit resources to an automation project when the underlying rules and guidelines have not been finalised? Nevertheless, hopes are high that the regulatory push for more cross-border fund flow will encourage an operational upgrade among the market participants still devoted to manual practices.

These hopes are not just among the international asset managers that have been at the forefront of the promotion of automation through bodies, such as the Asian Fund Automation Consortium, but also the various intermediaries and service providers – from the transfer agents to the asset servicers.

The fund passports will bring together countries across the region, separated by geography and fund management practices, says Chee Seng Lok, business development manager at Multifonds, a provider of investment funds software services to fund administrators and transfer agents. “Transfer agents will need to be equipped to provide quality services and remain flexible and innovative in supporting changing client requirements. Given the lack of a common communication infrastructure in Asia, it will be important that providers offer one single point of entry to all funds belonging to the same promoter.”

A footprint spanning the key financial hubs with multi-lingual staff will ensure that providers are able to give excellent client service to fund houses, distributors and shareholders, he says. “They will also need an operating model and the technology to manage complex requirements, for example seasonal trailer fees schedules and a single platform that can service all the countries all the time. In particular, providers will need an excellent two-way web front-end and transparent reporting across locations, including regulatory reporting when needed, and automated order-routing, receipt, trailer and commission functionality.”

BIG GOAL
Efficiency is also a big goal for asset servicers, says Alan Naughton, managing director and head of securities services and corporate agency and trust, Standard Chartered Bank. “My longer term ambition is to have one integrated platform for all of our customer activity.” The various passporting and mutual recognition initiatives in Asia are therefore of great interest to Standard Chartered and other asset servicers in the region.“Everyone is keeping an eye on the various passport schemes and the asset and wealth manager product development teams are waiting to see what happens. But it will not be the death of Ucits at all. It is a strong and well-established brand with a wide product range and many asset managers put their finest products through these structures. It gives them bigger economies of scale.”

The passport projects will face some challenges, says Naughton.

“There is no single regulator or currency in Asia, unlike in Europe. So it has to be more of a negotiation between the different country regulators in regions and within economic blocs.”

The various programmes will likely create more market and distribution efficiency subject to the portability of the respective funds. “Mutual Fund Recognition is progressing at its own pace but it may not come quicker than the Asean passport initiative. There are only two domiciles and one language for MFR. But this is not to say that competition between regions is not helpful. Even in Europe you have the alternative domiciles of Dublin and Luxembourg in which to establish international fund vehicles. With the Asean passport, you have potentially six countries all with unique products designed for their local markets. So it is a question of enabling distribution across those national borders. We are gearing up for that and working with all the home markets.”

The nirvana is to have funds in those countries that are readily portable across each border with minimal registration restrictions, says Naughton, but he suspects that domiciles of choice may emerge within those groups – Malaysia and Singapore for example. “The principle, as we know from the EU, is very sound – the idea that you don’t have to establish a separate fund in each country to access domestic investors.

“The reality in Hong Kong for example is that if you look at existing funds, they have to meet a number of fund characteristics to qualify for MFR. There are only a small number of funds today that are eligible for the MFR and that suggests there are far many more to be created.”

Will the cross-border initiatives encourage more automation? Yes with some caveats, says Naughton. “In Korea we are the largest foreign fund administrator there. It is very highly automated and sophisticated but it is unique with large transaction volumes. In other markets automation takes different forms. Thailand is a large sophisticated market that is moving fund structures from closed to open-ended to allow for ease of investment and divestment. It is potentially a good move in that managers and administrators will not have to continue to open new funds to replace those coming to the end of their term.

HUGE DIVERSITY
“But if you are moving money around in Bangkok, there’s the operational challenge of the account passbook, you just have to deal with that, and instructions are still largely by fax. Whilst there has been a greater use of networks like Swift and proprietary instruction systems to replace faxes, and we along with our peers we continue to educate our clients on the associated risks, the fax probably today works quite efficiently for them.”

Ultimately the strategy for global service providers looking to encourage more automation among its local clients must be based on balance, says Naughton. “There is a high degree of commonality in certain markets but there is also huge diversity so success is based on exploiting those commonalties and efficiencies but also recognising that there are different business practices, distribution channels, and investor preferences in each country.” Another regulatory development that has helped further the case for automation in Asia is mandatory derivatives trade reporting. These initiatives have come when there is greater emphasis on transparency around derivatives positions and the use of collateral, which has been driven by post-crisis regulations in the US, Europe and Asia.

Trade reporting for over-the-counter (OTC) derivatives began in Japan in April 2013, followed by Australia in October 2013, Hong Kong in December 2013 and Singapore in February 2014. Collateral reporting will start in Australia in 2015.

“Trade reporting has become one of the most significant risk mitigation and monitoring tools available to regulators and market participants, and it has created the need for greater automation,” says Peter Tierney, regional head, Asia for the Depository Trust & Clearing Corporation (DTCC) which is licensed to act as a trade repository in Australia, Japan and Singapore. “We have a runway of dates. By early 2016, these requirements will cover all derivatives asset classes, as well as both buy- and sell-side institutions.”

Tierney says that the easiest way to make trade reporting visible is to execute or confirm a trade electronically on one of the numerous platforms that exist for asset classes like interest rate derivatives.

“You need a disruptor to generate change and that is what trade reporting has the potential to be. If you report to a regulator, you need a unique trade identifier [UTI]. The easiest way to generate a UTI is to trade or confirm on an electronic platform. As a result, we are seeing process automation being driven from the back office to the front office.” COLLABORATION
The role of a market utility, such as the DTCC, is a relatively new concept in some markets in Asia, says Tierney. Utilities are not the answer to every challenge facing the industry, but they can play a key role in areas such as OTC trade reporting or Know Your Customer rules where they can aid automation, promote consistency and foster industry collaboration. In these instances, the case for a utility is very compelling.” ©2014 funds global asia